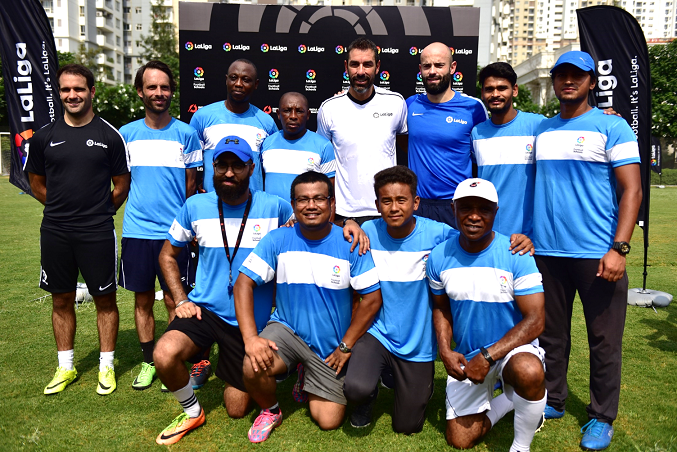 LaLiga Football Schools, in India in partnership with India On Track (IOT), are being launched across the country, in cities including Mumbai, Pune, Bengaluru, Kochi, Kolkata and of course the national capital, New Delhi. LaLiga aims to have over 30 schools, training over 3000 nationwide by the turn of the year. 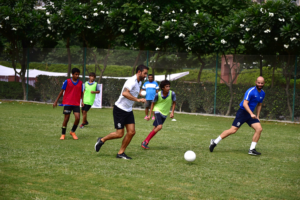 The intensive training programme will be overseen by Technical Director, Javier Cabrera, who is a UEFA PRO Licensed Football Coach with wide experience of working with professional football clubs and academies. He is a former FC Barcelona Escola Coach in Virginia State, USA and has spent more than 13 years coaching in countries like Spain, India, and USA. Students from age group of 6 to 18 years will be the focus for the programme, which will be delivered using LaLiga’s technical curriculum and detailed methodology.

The football environment in India is in a transformational phase, where the sport is receiving increasing following from audiences. In the last few years, the scale of growth has been rapid and massive. LaLiga, a global frontrunner in football, has undertaken several initiatives to bolster the development of the game in the region. The monumental move to start LaLiga Football Schools in India aims at contributing further and inspiring young Indians to take up football.

Jose Cachaza, Head of LaLiga India said, “Launching the first LaLiga Football School is a very proud moment for us. We want every child in India to have access to the best training methodology to realise their full potential in the game and for that, we are going to deliver our training programmes across the country. India has massive potential to make a mark at the global stage in football, and I hope LaLiga Football Schools aids their dreams.”

Robert Pires, LaLiga Ambassador said, “LaLiga Football Schools is an excellent initiative to help develop the game in India. It will give access to the world’s best curriculum and facilities to young children in the country who want to pursue football. I can see India becoming a force to reckon with in the coming years in world football.”

Vivek Sethia, Founder and CEO, India On Track, said “India On Track has always partnered with top sporting entities to provide the talented youth of the country with the best possible training opportunities to create future champions. Our partnership with LaLiga Football Schools provides students with a singular platform to learn football through world-class Spanish training and methodologies.”

This has been an unforgettable year for football fans in India with every LaLiga match being shown live and free on Facebook for the next three seasons, as well as over 100 matches live on Sony Ten. In addition to that Girona FC became the first LaLiga team to play in India when they visited Kerala in July.

With the launch of LaLiga’s historic grassroots programme in India, football fans in the country can continue to be inspired and push Indian football to greater heights.