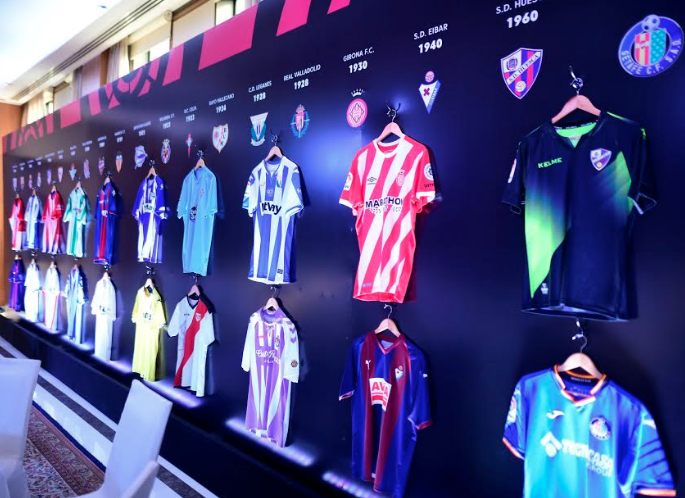 LaLiga successfully held the first international immersion conference in India this week attended by presidents, general managers and marketing directors from 18 of the 20 teams currently competing in LaLiga Santander. The event focused on providing those involved with a better understanding of the Indian market as well as exploring growth opportunities in the country.

The visit involved a busy agenda of meetings and talks over a two-day period. Several training sessions were held for club representatives, allowing them to learn more about the growth of football in India, the sports and business environment of the country and its digital ecosystem in order to provide them with a broad understanding of the kind of opportunities that India can offer Spanish clubs. 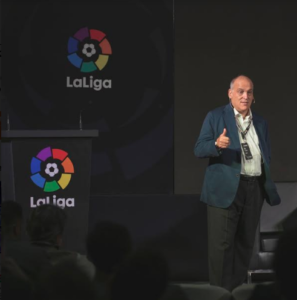 The Spanish Ambassador in India, José Ramón Barañano, together with LaLiga President Javier Tebas, inaugurated the conference in which several directors of LaLiga clubs, India On Track and other companies took part. The attendees included Abhishek Issar, Senior Vice-President of Yes Bank (specialised in the sports, entertainment and media industry) and Tarun Bhagat, Brand Director at Pepsi, Gatorade and Aquafina at PepsiCo.

Professional football in India was represented by Praful Patel, President of the AIFF (Indian Football Federation) and Sundar Raman, CEO of Reliance Sports and the ISL (Indian Super League), and at a networking session involving both LaLiga and ISL clubs.

The conference was rounded off with an emotive closing speech from Moncho Ferrer, son of Vicente Ferrer and current Director of Programmes at the foundation created by his father to empower rural communities across India, the country where Moncho was raised.

LaLiga has for some time now been growing and extending its involvement and expansion in India through various ground-breaking initiatives such as broadcasting LaLiga Santander on Facebook, creating LaLiga Football Schools and bringing Girona FC to play a preseason game in the country.

India is a key market for LaLiga, not only due to its growing economic potential but also because of favourable demographic trends, a growing love for football and a five-year-old professional football league that is well positioned to attract more and more fans. LaLiga looks to support local leagues wherever possible, with the aim of growing appreciation for football and, as a result, a stronger connection to LaLiga among the local populace.