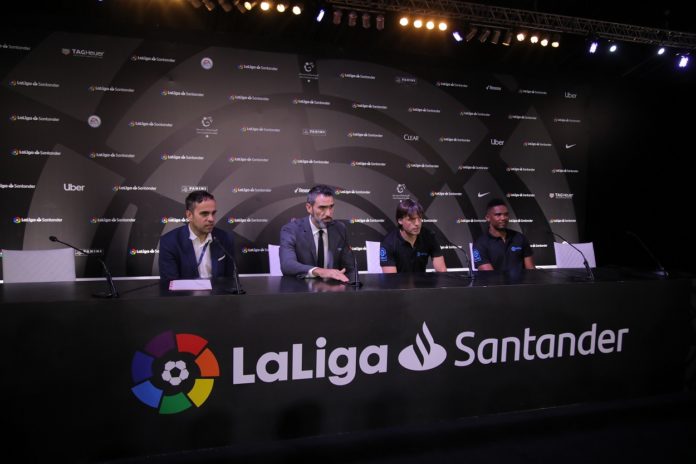 LaLiga brought LaLiga Space, its biggest-ever event in Egypt, to mark the start of the 2019 Africa Cup of Nations in Cairo. Prominent LaLiga Ambassadors and legends of the modern game Samuel Eto’o and Fernando Morientes were at Cairo Festival City Mall to open the three-day event and to meet with both local and international media.

Guests to the interactive space could try their hand at the LaLiga-themed games corner, check out the display of authentic LaLiga jerseys and have their photos taken on a replica coaches’ bench and with the official LaLiga Santander trophy. 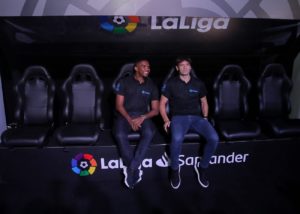 LaLiga’s global star Samuel Eto’o expressed his excitement to be part of the very first LaLiga Space in Egypt. “Egypt is once again leading the way in hosting crucial African and international events,” he said. “Cairo’s previous experience in organising events of this nature make it an ideal and exciting choice for all African teams and also LaLiga.” Moreover, he added that Egyptians and Africans in general share a genuine passion for football reflected in their daily routines.

Fernando Morientes, meanwhile, reiterated LaLiga’s commitment to advocating Spanish football around the world, especially in football-mad countries across Africa and the Middle East, and how LaLiga Space has already featured in various countries across the globe coinciding with major sporting events like the CAF19 in Egypt. “This continuous effort gives fans the world over the chance to meet their favourite players, experience LaLiga first-hand and find out more about its teams and biggest stars,” he said. 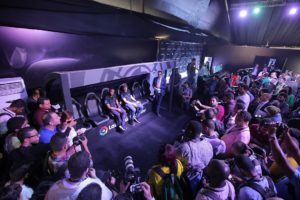 A number of well-known football figures and experts from across Africa were present at the press conference held at Cairo Festival City Mall to mark the opening of LaLiga Space.

“Africa is a key market for LaLiga given the public’s fervent passion for football and their continuous support for international leagues,” said Fernando Sanz, LaLiga’s Director of International Institutional Relations and Director of the LaLiga Ambassadors and Legends Project.

Juan Fuentes, LaLiga’s Delegate in Egypt, added that the event was a milestone for Spanish football in the region. 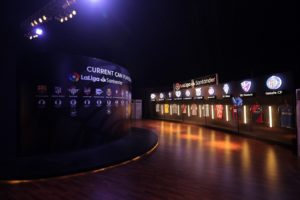 LaLiga Space was open to the general public for three consecutive days starting Thursday 20th June 2019. Moreover, LaLiga and Uber collaborated to give a 50% discount on two trips to and from the Cairo Festival City Mall (capped at 40EGP per trip) when using the promocode “LaLigaSpace” on either the 21st or 22nd June.