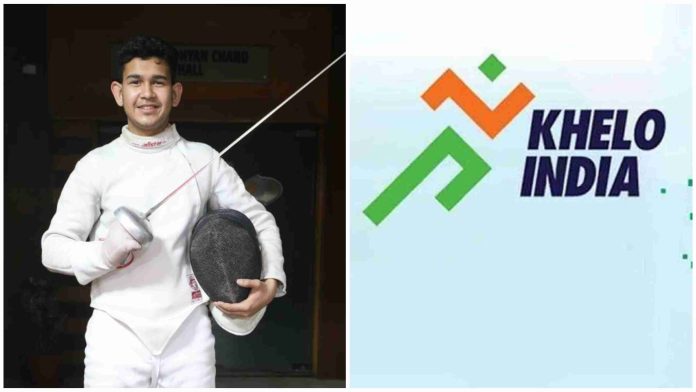 Aryan Sen could have followed the footsteps of his cousin and Indian shuttling ace Lakshya Sen and get into badminton. But, he close fencing- and is now eyeing gold at the upcoming Khelo India Youth Games.

“My mother Sonali Sen was the first to introduce me to two-three different kinds of sports because she was a sportsperson herself. She was a national champion in table tennis,” Aryan told PTI. “From there I took to fencing and have been at it since 2015.”

“I won bronze in the Asian Championships last year,” the youngster recalled his triumph at the Asian Cadet Championships in Uzbekistan, “I remember committing some mistakes in my duel early on because of which I fell behind and could not recover. Kazakhstan won gold and the hosts won silver.”

“I want to win gold,” said Aryan ahead of making his KIYG debut. “I have another Khelo India ranking tournament coming up in Cuttack after this and then I also have to appear for the trials of the Asian Championships as I am among the top six in the country. I also aim to qualify for the senior nationals from the state this year and do well in the selection trials as well.”

The fifth edition of Khelo India Youth Games will take place in Madhya Pradesh from 30th January to 11th February.

I am sorry: A disheartened Bhavani Devi laments after getting knocked out of the Olympics