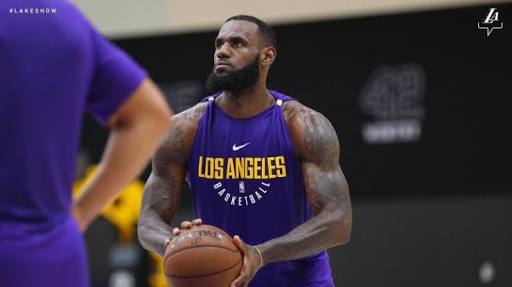 The Los Angeles Lakers had their first official practice with LeBron James and he wasted no time in setting the tone. As teammate Rajon Rondo said, LeBron has been a leader and a mentor for a large part of his career and more of the same should be seen in Los Angeles.

There is much work for coach Luke Walton to do, and LeBron recognised the importance of being patient in the early stages. 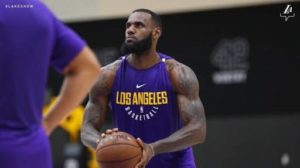 Walton was present along with James in the 2003 Draft Class, and he was pleased that his new star lead by example in the first practice session.

“The way he’s approaching (practice) has changed from the pickup we were playing in the summer,” Walton said. “It definitely set the tone.”

The shootout at the end of LeBron’s first #Lakers practice earlier today pic.twitter.com/i2wJEkTjRy

The Lakers will definitely need the player in James, but the leader in him will be just as crucial in grooming youngsters like Lonzo Ball and Brandon Ingram.

But don’t think that the ambition for James isn’t high. “We’re here for one reason and one reason only, and that’s to someday hoist the trophy,” James said. “Obviously that’s the end of the road, but you have to have those types of championship habits every day, not only on the floor, but off the floor as well.”

The Lakers will make their preseason debut in San Diego on Sunday night.