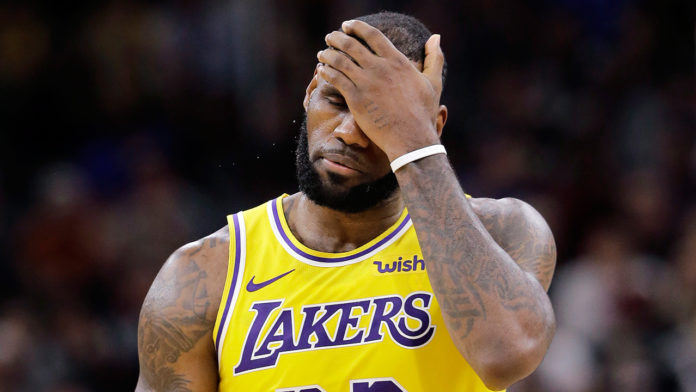 The Los Angeles Lakers and LeBron James lost their sixth game of the NBA season as the Toronto Raptors defeated them 121-107 at the Staples Center.

James failed to assert his dominance on the game and had just 18 points and 6 assists. Kyle Kuzma scored 24 for the Lakers, but it was not enough as they slumped to yet another loss. 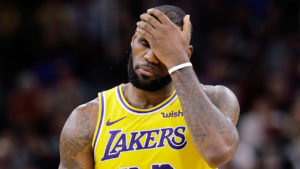 Kawhi Leonard, their star man did not feature, but the Raptors looked quite comfortable without him. They raced to a huge lead in the first quarter and did not squander it. The score was 42-17 to them after the first quarter, as the Lakers struggled to cope.

Serge Ibaka had 34 points and 10 rebounds, and coach Nick Nurse’s decision to start him at center paid off. Kyle Lowry had a great game as well, with 21 points and 15 assists. It was his eighth straight game with 10 or more assists, which is a franchise record.

“They just came out and just hit us right in the mouth,” said LeBron after the game. “It’s very, very hard to make a game out of that when you’re trying to expend so much energy trying to get back into it.”

It has been an underwhelming start for the Lakers, but Luke Walton will be hopeful of turning it around. As for the Raptors, they look the real deal, as the improved to 9-1 this season.