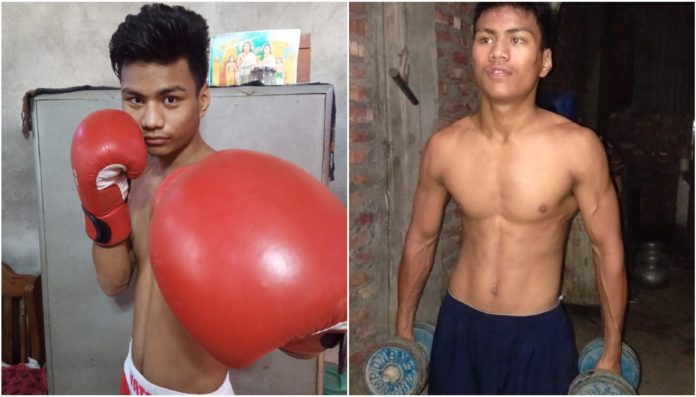 For the latest edition of the NE athlete profile, we reached out to Laishram Thompson Kuman.

Earlier this month, we started an athlete profile series for boxers based in the North-Eastern region of India. Often known as the seven sister states, the region has produced some of the best boxers in India.

However, often these boxers are ignored by the mainstream media of our country and Sports India Show aims to bring some of the best stories to the people living in mainland India. In this edition, we talk to Laishram Thompson Kuman, who hails from Manipur and has won numerous state-level championships. 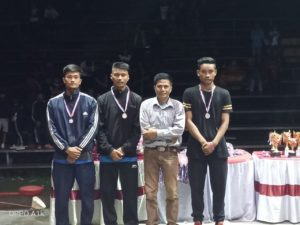 Rupendra Sharma, a local businessman from Imphal and an MMA/Boxing enthusiast helped us in getting in touch with Thompson Kuman and with the translation.

1.) How has the lockdown affected your training? Were you able to train at all?

The lockdown has been very inconvenient for me as I am not able to get proper training under the supervision of my coaches. Currently, I am only doing some sprinting and shadow boxing.

2.) How did you get started in boxing?

Initially, I started my combat sports journey with Wushu, but that sport didn’t suit me. So one of the boxing coaches introduced me to the sport of boxing in 2013 when I was just 10-years old and I haven’t stopped since.

3.) Where are you training right now and what are your expectations from the sport?

I am currently aiming to make it to the national team right now. I am currently training under Sir Ibomcha. He is from a place called Kongba and he runs his own private gym. I also have had the privilege to train under Coach Sikander.

4.) What do you have to do in order to make it to the national camp?

Recently I participated in the 23rd Junior Men’s National championship and I was only able to make it through the quarterfinals. So coming back to your question, I feel like I have to do a lot to make it to the national camp. I am to work hard, improve my movement, speed and timing amongst other things.

5.) Are you satisfied with the level of training you are currently getting?

To be honest with you, currently, the training equipment and facilities that I am receiving right now is very substandard and if I am to compete at the top level of the sport, I need access to better facilities and equipment.

For that particular reason, I am targeting to get into Mary Kom Boxing Academy, where I will be able to hone my skills much better.

6.) Can you specify as to why you’re targeting Mary Kom academy and not Sports Authority of India?

Actually I used to train in Sports Authority of India till September of 2018. In that time, there was a boxing camp organised by the Indian Army. Then my current coach Sir Sikander told me to participate in the camp and I did it by following the proper channel and taking permission from the SAI authorities.

Unfortunately, the coach who I had submitted the application to got transferred and was replaced by a new coach. But because of the language barrier, I couldn’t communicate with him properly and he told me that I didn’t take the necessary permission to participate in the Indian Amy sponsored tournament. As a result, I was let go from SAI camp and now I have been training privately since.

7.) What has been your toughest fight till date?

There’s a boxer called Rahul Thapa and during an interschool selection tournament in 2017, we were in the finals. I eventually lost the fight, but we fought three times and I won twice. He is my toughest competitor till date.

8.) Some sources say that you were going to turn pro when you were just 15, pls elaborate on that situation?

I was only 15 years old when I heard about Super Boxing League (SBL) and I had no idea what was going to happen or what professional boxing even was. But I was excited to take part in it and I participated in the regional trials. There were guys who were 10 to 15 years old than me fighting and competition at the trails.

I performed exceptionally well and was called for the second trails which were held in Delhi. However, I received the call just a day prior to the second selection and I didn’t have the time or means to travel to Delhi on a day’s notice.

So yeah, I was very close to turning professional and competing at SBL.

9.) What’s your target as far as amateur boxing is concerned?

My first aim is to make it to the national camp and then win a medal in the nationals and then make my country proud by winning medals in the International tournaments like Olympic, Commonwealth Games etc.

As far as Indian boxers are concerned I have followed Suronjoy Singh since I was a kid. Professionally I like to follow Canelo Alvarez and Vasiliy Lomachenko.

11.) Did you have the support of your family when you started boxing?

Yeah, thankfully my family members have always been supportive of my decision to take up MMA.

12.) Do you have aspirations for MMA, given the fact that the sport is gaining a foothold in Manipur and you trained in Wushu as well?

No, I think I would rather stick to boxing, the reason being, my kicking form isn’t that great and I feel like I have a brighter future in the sport of boxing.