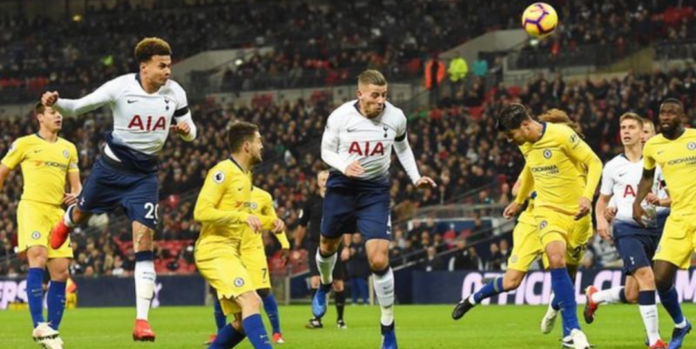 Chelsea’s unbeaten run in the Premier League ended at Wembley on Saturday as Tottenham Hotspur won against the Blues with 3-1 margin. It was an encounter completely dominated by Tottenham Hotspur from the very beginning of the match. With this win Tottenham Hotspur climbed up to the third position in the League Table and Chelsea went down to the fourth position with 2 points less than their rivals. 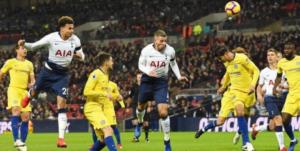 Tottenham Hotspur’s manager Mauricio Pochettino sounded extremely happy after the end of the match. He told,

“There’s no need for me to talk too much. I am so happy, so pleased,”

“I don’t need to analyse too much. All credit to the players because they were fantastic.

“The staff are so happy managing this group of players. We need to be humble and recognise playing like this, we can do big things.


“Our challenge is to keep going and be consistent. That’s our challenge for the rest of the season.”

Dele Alli’s brilliant header from a free kick taken by Christian Eriksen gave Spurs the lead in the first half of the match. Harry Kane doubled the lead for the home side just few minutes later in the match and David Luiz was awful in the defense for the Blues. In the second half, Son Heung Min’s brilliant solo goal sealed the win for Spurs. Olivier Giroud reduced the margin for the Blues as he headed  the ball towards goal from the cross provided by Cesar Azpilicueta at the dying minutes of the match. The match ended with a scoreline of 3-1 in favour of Tottenham Hotspur. With the North London Derby coming in the next week, Tottenham Hotspur will extremely happy with this win at the Wembley Stadium.