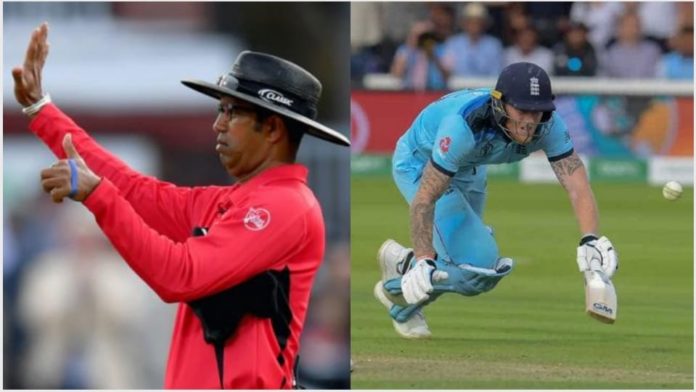 Kumar Dharmasena who had awarded the English team six runs from a freak overthrow has accepted that he had made an error and should have given one run fewer , a report said. A throw from deep mid-wicket by Martin Guptill had deflected the bat of the diving Ben Stokes who tried to complete the second run and went to the boundary and was awarded six runs by the umpire. It took a nail-biting one over eliminator to decide the winner of the World Cup and England lifted the World Cup by the virtue of more boundaries. 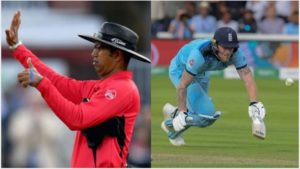 Critics including former umpire Simon Taufel admitted that the umpires should have awarded five runs instead of six runs as the batsmen didn’t complete the second run.

Dharmasena and the South African umpire Marais Erasmus told to the Sunday Times that they didn’t have the leverage of TV replays which showed that the batsmen had not crossed.

Simon Taufel the former Australian Umpire who had won the ICC umpire of the year in 2007 and 2008 told to Fox Sports Australia that it was a “clear mistake” but also defended the two umpires by saying that it would be unfair to say that the decision altered the decision of the tournament as it couldn’t be predicted that what would have happened if five runs were awarded to the English team.