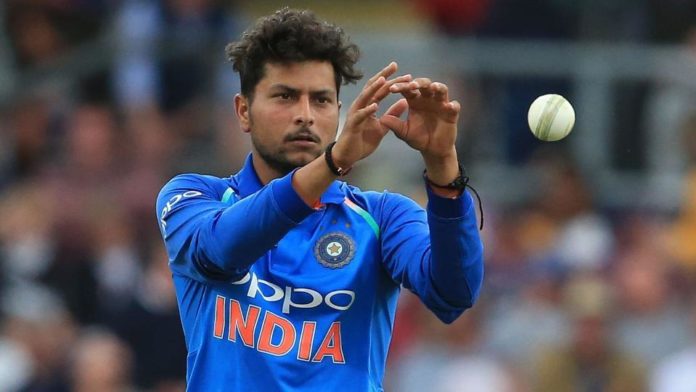 Left-arm spinner Kuldeep Yadav who is set to play a very vital role in India’s World Cup campaign in England, had a very forgetful IPL this year for the Kolkata Knightriders. Yadav struggled with his line and length and visibly looked jaded and underconfident. He also failed to make it into the playing XI for his franchise in the later stages of the tournament.

The final nail in the coffin came when Moen Ali took Yadav to the cleaners and scored 27 runs in an over as he ended up conceding 59 runs in his spell of 4 overs, making it the joint most expensive spell in the IPL by a spinner.

Surely this had got into his mind and the negativity had crept up. Speaking on the matter, Yadav said:

I wasn’t negative but wasn’t positive either at that time. When I was hit for so many runs in that over I was very disappointed. I knew I could get him (Moeen) out and we had a plan too but I just couldn’t execute it. The game slipped out of our grasp because of that over and that’s why I was very emotional,”

Kuldeep added that during the tough period, MS Dhoni passed on a message to him, urging him not to lose hope and focus on the game. Kuldeep shares how instrumental Dhoni has been ever since he has made his debut.

Similarly, Rohit Sharma too checked on Yadav and motivated him to not let the failures take a toll on him before the mega event.

Kuldeep will be looking to keep the IPL setback aside and contribute for the team in the World Cup. English wickets will not reap the turn that he gets on the sub-continent pitches, however, with tight line and lengths along with his subtle variations, Kuldeep Yadav can be the match-winner for India.