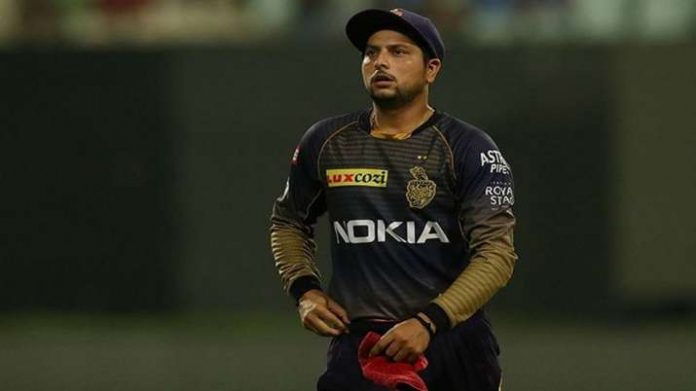 Team India spinner Kuldeep Yadav has recently shared his disappointment of not playing enough IPL games over the last two seasons. Notably, he plays for Kolkata Knight Riders and he felt that he was in a pretty good rhythm in IPL 2020 when the league was played in the UAE.

However, Kuldeep had played only five matches in IPL 2020, and nine matches before that season with economies of 7.66 and 8.66 respective where he scalped only five wickets in those 4 games.

“Personally I felt the 2020 IPL did not got well for me. I should have played more matches. I felt I was in pretty good rhythm, I was bowling well, but just that I did not get many overs. So, perhaps, if I got more opportunities then it would have been good. I am not saying that was the lowest, to be honest,” he said to ESPNcricinfo.

“Even in 2019 I did not have a good IPL. Until you fail, you can’t handle the pressure. Now I feel I understand things better – I have seen failure in my life now, so even if I don’t perform, it will not be new. In cricket you can’t perform at all times, but if you carry on doing the hard work, you create better chances to become successful,” he again shared.

However, the talented wrist-spinner Kuldeep Yadav has been out of action for long. Despite being with the team in their tour of Australia recently, he did not feature in any of the four-match Test series despite the team suffered numerous injuries. Meanwhile, he has revealed that he has been working on his bowling speed as well at that time.

“I have had a lot of discussions with Arun sir and we have worked on that aspect a lot. At the time my pace was slow, around 77kph. The fastest I would get to would be 80kph at times. In the Australia tour in the nets I was getting a nice pace, close to 84-85kph, with good revolutions on the ball. That will help me on slower pitches,” he said.

However, he had chatted with Nathan Lyon and R Ashwin about his bowling where Lyon asked him to follow his routines and find the spot where he should be pitching while bowling. Meanwhile, Ashwin has asked him to bowl straighter. He even gave him some ideas on slight tactical changes as well. Notably, Kuldeep Yadav has been included in India squad for the first two Tests against England in Chennai starting from February 5.