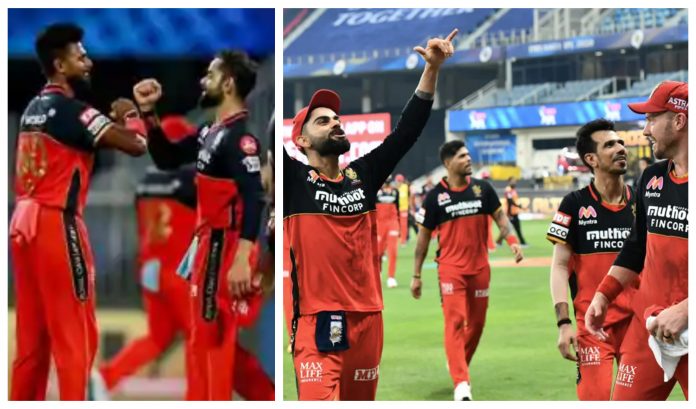 The Royal Challengers Bangalore (RCB) are considered perennial under-achievers of the Indian Premier League (IPL) since its inception. They have always been packed with star-power and backed by a loyal fan base. But the ultimate prize — an IPL trophy — has proven to be frustratingly elusive for skipper Virat Kohli.

In the bygone seasons, the team has been bogged down by a few recurring failings — an overdependence on Virat Kohli and AB de Villiers, and a dearth of death bowlers and middle-order finishers. IPL 2019 witnessed the team in their ebb with just 5 wins from 14 matches.

But this season, the team looks balanced and has been more functional in all the facets of the game. Three successive wins have brought them back in the play-offs contention and RCB skipper Virat Kohli says they are peaking at the right time in the Indian Premier League. With playoffs around the corner, any momentum that a team can ride on will be priceless. And for Virat Kohli and RCB, it will be a holy grail to lift the coveted crown.

So what has changed for the team this season? Coach Simon Katich has been instrumental in the team’s development and has instilled a ruthless attitude amongst his charges.
Their team embodies balance this year, something they’ve seldom had in the past.

They have a settled batting line-up led at the top by the young and impressive Devdutt Padikkal. They then have the ever-dependable Virat Kohli and AB de Villiers. They also have good finishers in their armoury.

Kohli knows that reaching the playoffs is just the beginning, but making it count and going all the way is what matters the most. Mumbai Indians and Delhi Capitals are the other contenders, who seem to have cracked the code.

Their bowling attack has been bolstered since the arrival of Chris Morris and with Washington Sundar, Yuzvendra Chahal weaving magic, RCB look to be in good stead to make it to the playoffs this year. Once again, their biggest rival will be their own self-belief and their troubled past where they have choked from promising situations.

But this year, there seems to be no sign of a potential choke but RCB will be wary. Navdeep Saini has been pinpoint with his yorkers and also boasts of a potent slower ball. The depth in the bowling department is a welcome change for Kohli and he didn’t have enough firepower in that department in the preceding campaigns.

That side of the game has often been their undoing, but with a settled bowling unit, Kohli can expect much more from his side going forward.

Their batting order has changed quite a lot over the course of the tournament and so has their bowling options and combinations. But RCB have flourished thanks to solid captaincy by Virat Kohli ably assisted by deputy AB de Villiers.

The best part about our victories this #Dream11IPL is, everybody has contributed, one time or the other. Watch how the team is feeding off each other’s success, as we capture the dressing room moments after a dominating win over KKR last night. #PlayBold #WeAreChallengers pic.twitter.com/eoDgcF4od8

As ambitious and driven as Virat Kohli is, he would be eyeing no less than a maiden IPL title in UAE. That the franchise has been in good form and have all the bases covered adds to his case. They have managed to reach finals thrice but ended up losing on all the occasions.

The highlight for RCB this season has been that the Indian players in their side like Devdutt Padikkal, Shivam Dube, Washington Sundar and Mohammed Siraj who are equipped with some exceptional talents- have been playing to their potential with impressive performances.

That has given extra liberty to the big players like Kohli, Finch and de Villiers to play without any pressure as there are players in the lower in the middle-order-who could compensate on a field day for these stalwarts.

Big game players often relish the big occasions to perform and propel the team. Kohli, de Villiers and Finch certainly have it in them to make the most of it. In long tournaments like IPL, momentum often plays a key role. And the early indications are quite encouraging for RCB, who seem to have hit the top gear just at the right time.

They must shun the old unreliable formula of banking on star players Kohli and de Villiers to conjure up victories. It is time for new match-winners to step up and be counted. For RCB, this is their big chance to reach the promised land.