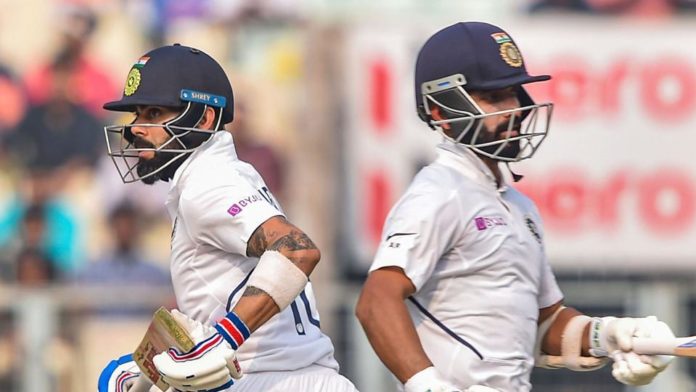 Indian captain Virat Kohli and Ajinkya Rahane created a unique record in tests while batting together in the middle on Day 2 in the D/N test in Kolkata. During the course of the innings, the pair recorded the second highest overall runs scored for the 4th wicket, adding 2763 runs in 42 innings. 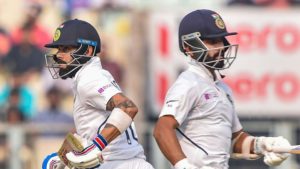 Now only the pair of Misbah-ul-Haq and Younis Khan stand in the way of Kohli and Rahane having notched up 3138 runs in 51 innings for the 4th wicket. The Indian pair moved to second spot overtaking the legendary batsmens Sachin Tendulkar and Sourav Ganguly.

However in the course of the innings, Kolhi eventually lost his partner for a well made 51. But this didn’t stop the skipper as he went on to notch up the first hundred for an Indian in D/N tests.