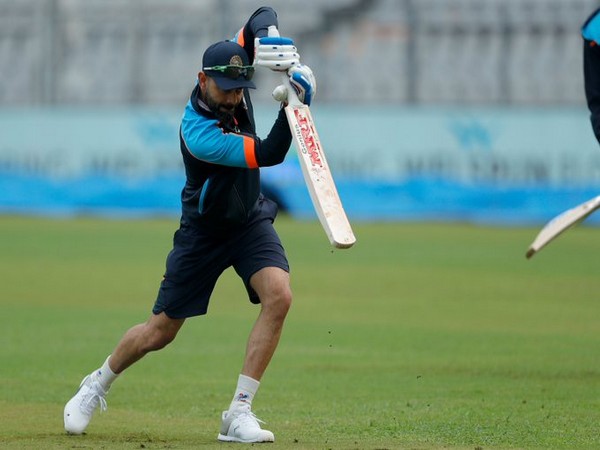 Team India skipper Virat Kohli stated that the mindset, like before, is to take Indian cricket forward. The 32-year-old became the first cricketer to record 50 International wins in each format of the game after India’s thumping win over New Zealand in the second Test.

India recorded a comprehensive 372-run win over the Blackcaps to secure their 14th consecutive series win at home. The team are undefeated since 2012 in India, they last lost to England 2-1.

Kohli assessed the victory and noted that the priority always remains to take Indian cricket forward despite the change in management. The concluded series against New Zealand marked the first assignment for head coach Rahul Dravid and the rest of the coaching staff. Speaking at the post-match presentation after the win, Kohli said:

“The mindset is the same to take Indian cricket forward, even with the new management. It’s important to keep the standards of Indian cricket and make sure it’s always growing”

Kohli discussed the upcoming tour of South Africa as well, which he describes as a ‘good challenge’. Following their series wins in Australia, West Indies, Sri Lanka, and even England to an extent, South Africa marks as the next huge challenge for this rampant team to conquer. The team gave a tough competition to the Proteas during their last tour, but lost the series 2-1. Kohli added:

The tour to South Africa has been revised due to the ongoing threat due to the Omicron variant. The itinerary has been shifted with the T20I series slated to be played on a different date. Johannesburg is slated to host the first Test from December 17.