Rohit Sharma scored a brilliant double century at the JSCA Ranchi against South Africa in the third test and captain Virat Kohli has nothing but praise for the opener. 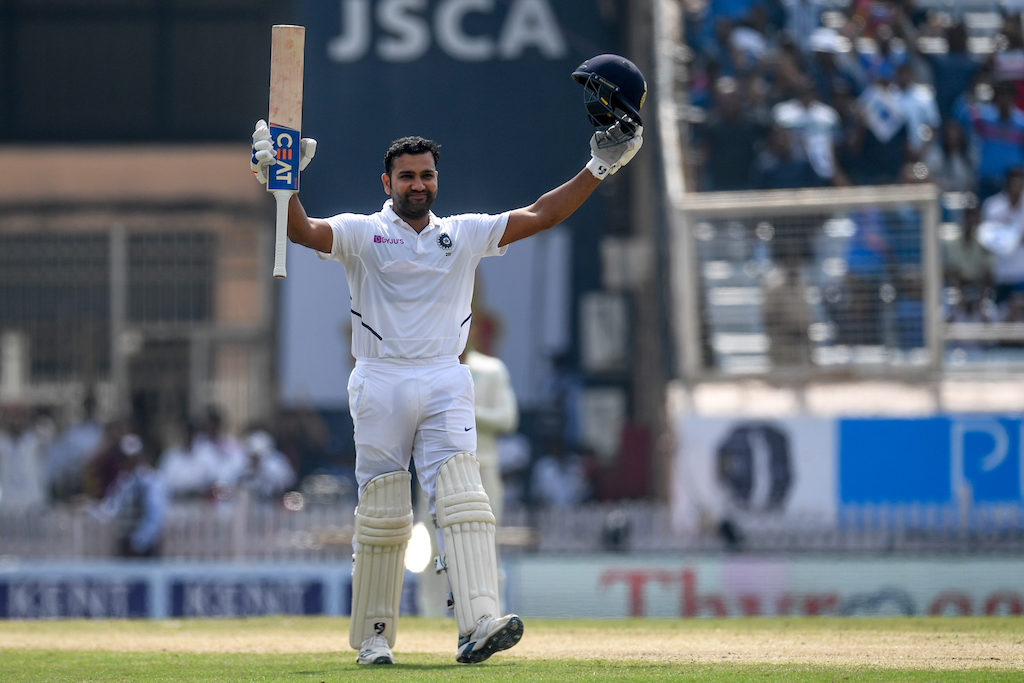 “Credit solely goes to the player for the way he overcame his anxiety and hesitation and performed in such a manner that he was adjudged Man-of-the-Series in the first series as an opener. It’s been outstanding for him,” Kohli was effusive in praise for his white-ball deputy.

“There is always an anticipation on how would you perform as an opener in Test cricket, as he has been the world’s best opener in ODI cricket for a long time. Despite missing close to two sessions because of rain, his pace in the batting gave us so much of time to bowl them out twice,” the skipper said.

“Mayank (Agarwal) also has done very well. Despite being new to opening, he performed consistently. Ajinkya (Rahane) also got a century at home after a long time (three years, 188 v NZ October 2016, Indore).

“He also got a Test century in West Indies after a long time. Things are moving in the right direction in the last two-three months. So I said, it feels very pleasing to see individuals performing collectively well.”

“If you look at these two guys, their strike-rate is probably the best in Indian conditions in history. So it tells you that these guys hit the stumps and the pads more. It’s a great sign of intent the bowlers are running with. The fitness levels have gone up,” Kohli said.

If the fast bowling duo and the opening batsmen duo keep this level of performance up in the coming tests , then it is time for the biggies to be very afraid of this new look Indian test side.