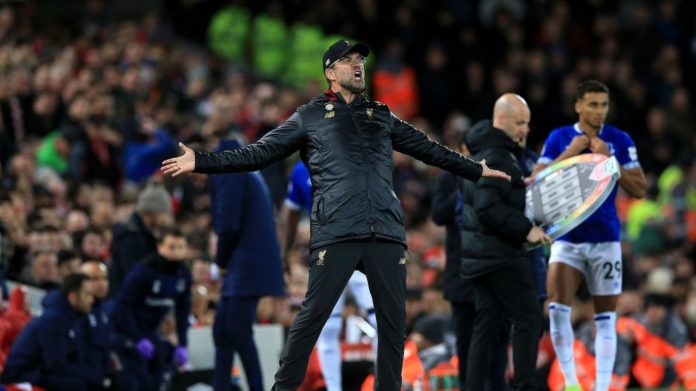 Liverpool manager Jurgen Klopp apparently got a bit too over excited and was clearly unable to withhold his emotions after a bizarre Divock Origi goal past the stoppage time in Sunday’s Merseyside derby helped the Reds grab the three points in what can be called a grueling derby. 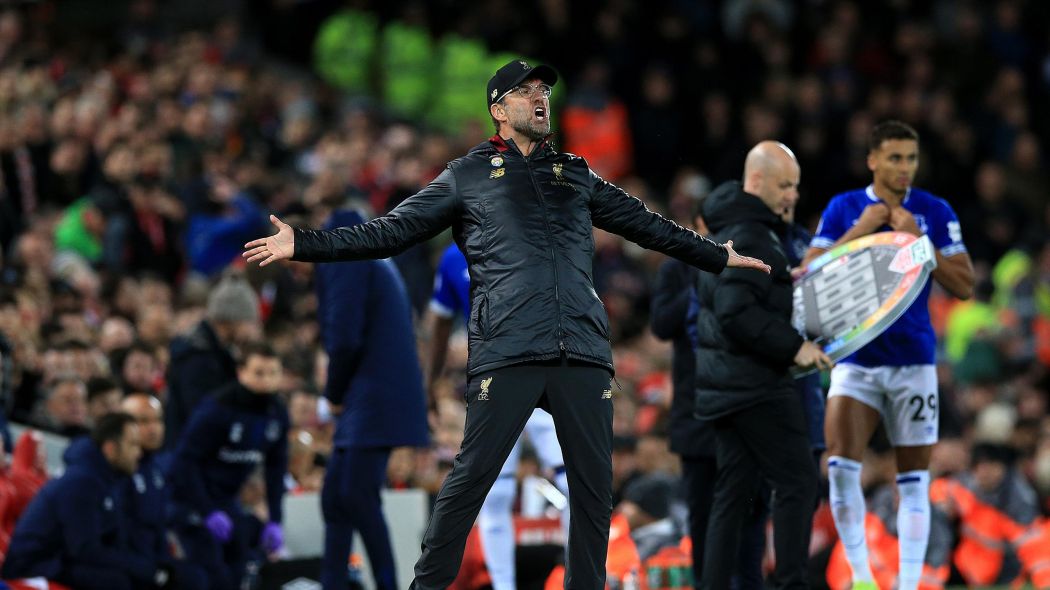 The German coach ran off onto the pitch and hugged goalkeeper Alisson in a fit of excitement after Divock Origi headed in the sole derby goal on Sunday at Anfield, and is now being charged by the Football Association (FA) for disrespecting the visiting opposition team whilst doing so. While Everton manager Marco Silva doesn’t mind it, the FA doesn’t look like they will take this lightly and have given Klopp an ultimatum to explain himself before 6:00 pm GMT.

“I didn’t see Klopp’s reaction and if we scored that goal and had been so lucky I might have done the same,” said the Portuguese counterpart of Klopp. “I didn’t see any disrespect.”

Manchester City manager Pep Guardiola has defended his fellow manager saying he understands his situation very well, having done the same last year against Southampton, and that games can be very emotional at times but one has to be respectful of the opposition.

However Klopp later apologized for his actions saying, “I didn’t want to be disrespectful – but I couldn’t stop myself. The plan was not to run. When I chose to stop, I was close to Alisson. He was surprised.”

The win over Everton puts Liverpool in second place behind leaders City with a deficit of a couple of points.