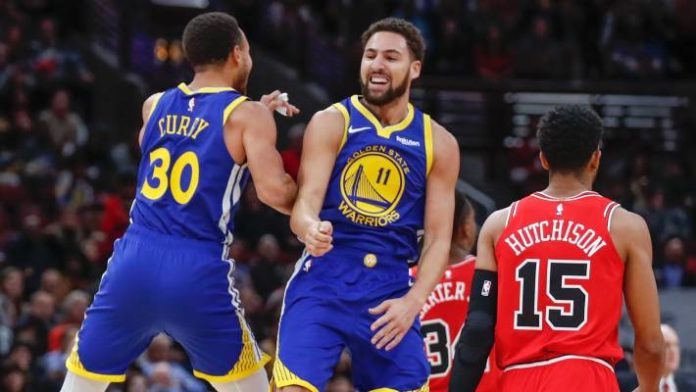 It had not been a good season for Klay Thompson thus far. The Warriors guard, who has wowed us consistently with his incredible shooting and terrific defense, was not feeling it in the first seven games. He was 5-36 from beyond the arc prior to the game against Chicago. And then he was not. Not by a long margin. 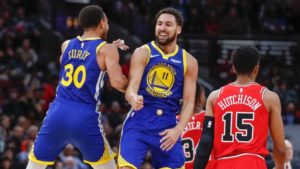 Thompson scored 52 points in just 27 minutes as the Warriors routed the Bulls 149-124. He set numerous records in the game, and the most prominent one was the one which his teammate Steph Curry held. Thompson eclipsed Curry’s 13 three-pointers made in a game with 14, which is an NBA record.

Klay shot 10 threes in the first half, which was another record. The Warriors collectively shot 17 before the interval, which was a record as well. The reached 92 first-half points – a franchise record.

After a point, each Warrior was looking to get the ball to Thompson. “At that point, the guys were just feeding him every time,” Warriors coach Steve Kerr told. “I think that’s how much they care about Klay and felt for him because he’s had a rough start to the season. Obviously, he got it going tonight, to say the least.”

Zach LaVine scored 21 for the Bulls and Curry scored 23 for the Dubs, but no one noticed that. Everyone was amazed by Klay’s explosion, and rightly so.