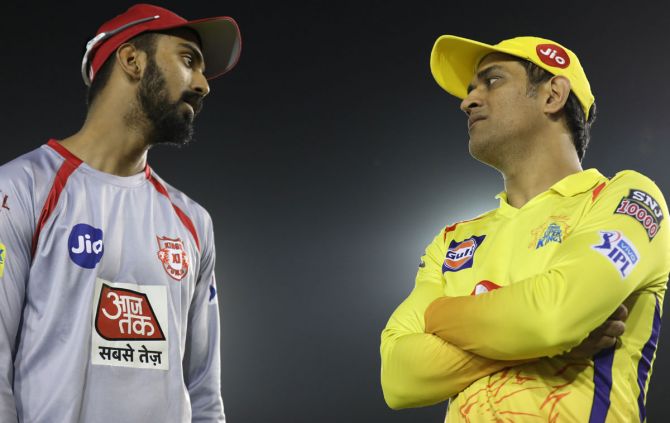 From being on the fringe of the Indian team, KL Rahul has come a long way and is an integral part of the Indian team under Virat Kohli. The 28-year Rahul has been among one of those players, whose International careers have seen a steep rise in recent times.
So much so, that the Kings XI Punjab captain is touted as the heir apparent to MS Dhoni in the Indian team, which in itself is quite flattering.

Let’s decipher the journey of this Karnataka batsman from an inconsistent performer to becoming an irreplaceable factor for the Men in Blue.

Rahul’s sojourn with the Indian setup began as a teenager in 2010, when he was selected in the squad for the Under-19 Cricket World Cup. Later that year, he was making his first-class debut for Karnataka in the Ranji Trophy at the behest of his namesake and legendary Indian cricketer Rahul Dravid.

While KL Rahul has always been spoken about as someone cut out for the bodes of International cricket, early on he was typecast as a technically sound player tailor-made for Test cricket.

Additionally, comparisons with Rahul Dravid did little to help him make his mark under the immediate weight of expectancy. It took him four-years’ toil in domestic cricket to make his mark with sound temperament. In the year 2013-14, Rahul played a key role in Karnataka’s Ranji Trophy triumph, amassing 1033 runs including three tons including a match-winning 131 in the finals.

What stood out with Rahul’s batting that season was his burning desire to improve even though he was on an even keel with many from the Indian team, thanks to his breath-taking stroke play.

KL Rahul’s exceptional numbers in the domestic circuit didn’t go unnoticed, and soon the youngster was on a plane to Australia for the Border-Gavaskar Trophy. He made his Test debut in a Boxing Day Test at Melbourne, scoring nervy 6 and 3 in his first outing in the Indian colours.

A week later in Sydney, Rahul was promoted to open the innings for the first time and he answered the move by compiling a memorable first Test ton against a daunting Aussie bowling attack. That was the moment when the elegant right-hand batsman proved that he is made for the periphery of Test cricket arena with exceptional composure and skills to back it up.

His growth over the years as a professional cricketer has been nothing short of remarkable. It was just a matter of time when the youngster became a regular fixture in the Indian team, but a prolonged run in the side eluded him due to inconsistent performances.

But call it a stroke of destiny that a freak injury to Mandeep Singh meant Rahul was called up to play for the RCB in 2015. In the same game, he made a half-century to prove his doubters wrong. As his tale would have it, he hasn’t looked back since.

The last two IPL seasons proved to be the turning point for Rahul as he dazzled all and sundry with his sparkling stroke-play. In the process, the journeyman added an important facet that was lacking in his game.

Consistency. That moment onwards, there was no stopping him as his confidence soared, allowing him to perform to his potential. As is often the case with Rahul, even when he unleashes his strokes in the IPL, he paints a picture of elegance and poise. With the ever-growing spectrum of Indian talent through the IPL, Rahul has managed to stand distinct owing to his languid style of play.

In addition to his undoubted talent, Rahul has shown great resolve to work on his fitness after initial struggles with injuries.

Like many, Rahul has promptly used the platform of IPL to perform to his potential and with an aggregate of 593 runs, he showed that he can emulate even the best in the business.
Initially branded as Test specialist, Rahul proved his doubters wrong as he became one of the mainstays of the Indian limited-overs team. He soon began to utilise his full array of skills as he became only the third Indian batsman to score a ton in all three formats of the game.

He was looked at as the missing piece of the star-studded Indian batting line-up that travelled to the UK for 2019 Cricket World Cup. Rahul didn’t disappoint and returned with an impressive tally of 361 runs from nine matches. Although India fell short of reaching the final, in the form of KL Rahul-they found a worthy replacement to MS Dhoni behind the wickets.

KL Rahul has matured over the years and leading an IPL side will only make him a better player. The wagers for the upcoming matches of KXIP can be placed here. One has come to witness Rahul play an aggressive brand of cricket and a streak of brilliant performances against New Zealand were evident of him coming of age.

With KL Rahul starting to fulfil his tremendous potential, the only beneficiary can be Indian cricket!

How Virat Kohli changed the scenario of Indian pitches