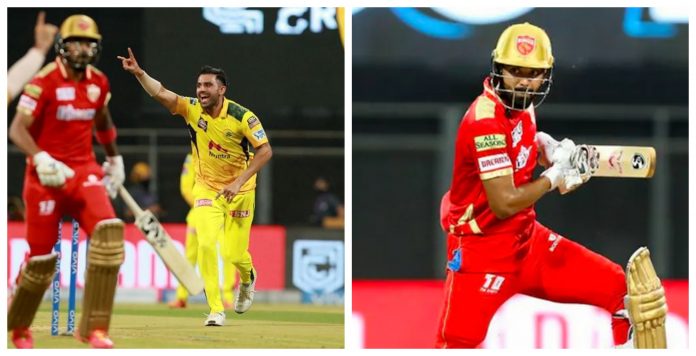 CSK romped away to a six-wicket win over PBKS at the Wankhede, and for the second consecutive time at the venue, it was surprisingly the slower balls that dictated the play. KL Rahul attributed Deepak Chahar’s knuckle balls for making the difference in the game in favour of CSK. 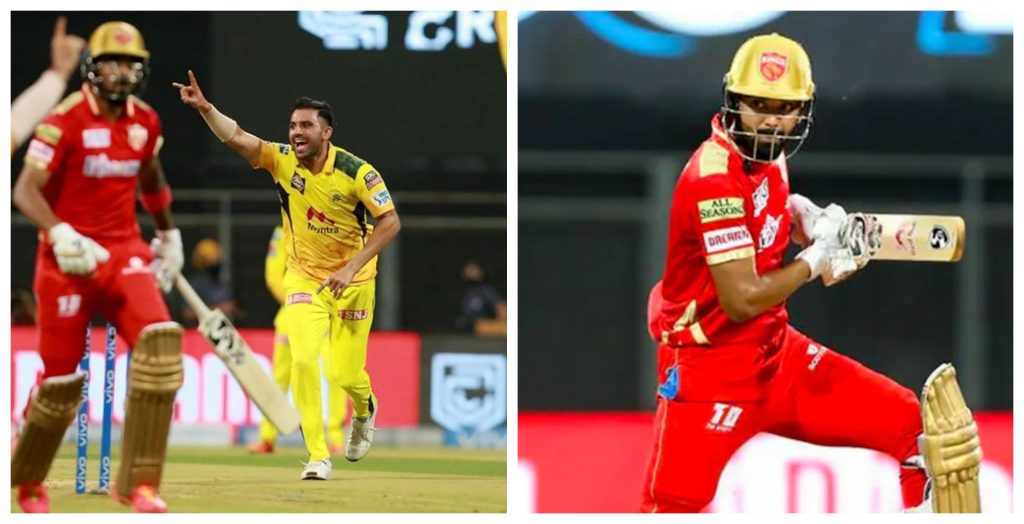 Following the loss, the PBKS skipper credited the new ball bowler, who blew away top order in a ruthless four-over spell at the top.

Rahul also added that his run-out was also responsible for the team’s downfall in the first innings. Punjab Kings after being sent into bat first could only muster 106-8 in their 20 overs.

“Credit to the CSK bowlers, they bowled in the right channels, Deepak with his knuckle balls got a couple of wickets, getting myself run-out doesn’t help the team,” Rahul said

Describing the loss, the skipper claimed that the powerplay defined the innings once and for all following their collapse in the phase. PBKS at once stage were 26-5 after 6.2 overs before Shahrukh Khan played a 47-run knock to take them past the 100-run mark.

Finally, assessing the pitch, Rahul commented that pitch was okay, but they were definitely 40-50 runs short.

“Just the way we started, the pitch was still okay, it wasn’t a 100-110 wicket, maybe 150-160 sort of a wicket. But it’s a good learning for us, hopefully we can learn from these mistakes and come back stronger in the next game,”

“Their plans were clear, they did execute it pretty well. It was good to see that they came back stronger this game and they gave us crucial breakthroughs. We’d like to review ourselves on the key points that we speak about before the game and if we stuck to those plans,” Rahul further added

The Wankhede surface has surprised many given the two-faced nature. Initially, the venue played out high scoring matches, but the surfaces as of late have been laden with a greenish tinge on top, aiding the fast bowlers in the process.

Punjab Kings will next face the Delhi Capitals in the second fixture of the very first doubleheader of this edition’s IPL.