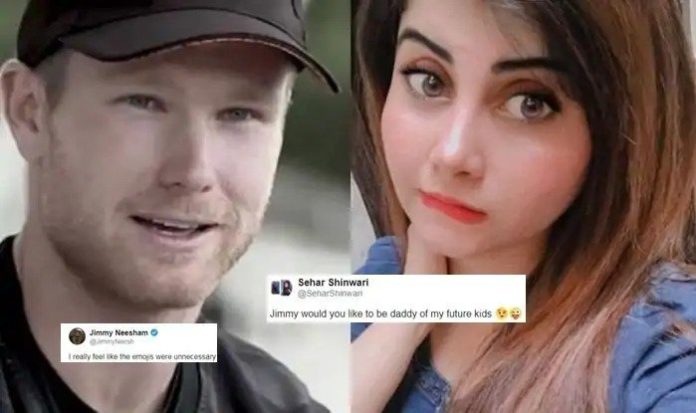 New Zealand international Jimmy Neesham has a quite natural presence in social media and is also known for his witty humour. The all-rounder often retweets and replies conversations with fans on various hot topics. This Wednesday, however, Neesham faced the most awkward situation in his life as he got a very unusual request from one Pakistani actress in Twitter. 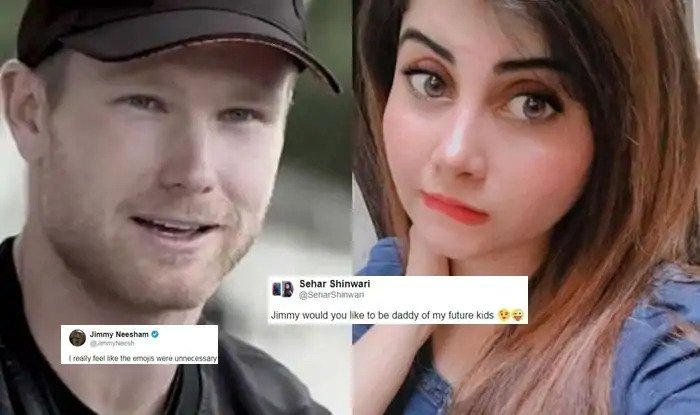 Responding to one of his tweets, Pakistan actress Sehar Shinwari jokingly proposed him to be the daddy of her future kids in twitter with a couple of emojis. But the lanky left hander quickly dismissed any chances saying, “I really feel like the emojis were unnecessary.”

The New Zealander last appeared in the Canada Global T20 playing for the Edmonton Royals. His World Cup campaign was quite successful and he contributed both with the bat and the ball on his side’s fantastic campaign to reach the Finals, where they lost to England on the basis of boundary count after the match went into a Super Over. Harsh.

Neesham, who scored 232 runs and picked 15 wickets during the tournament, recently said that the highlights of the World Cup final was one of the worst videos he has ever watched.

“There was a montage (of the World Cup final) that played during the first Ashes Test when it was raining. I’ve seen that. It was awful. It’s the worst thing I’ve ever watched,” said the Kiwi all-rounder.