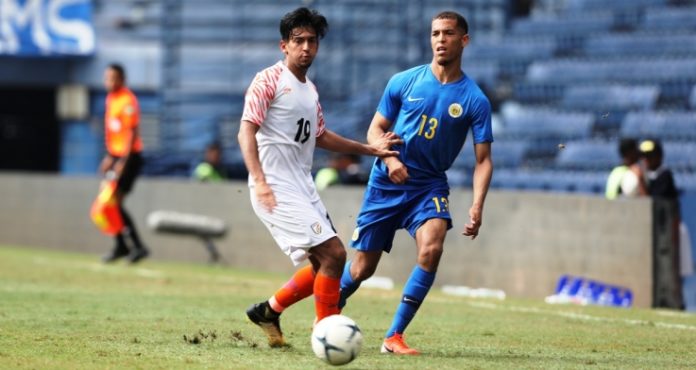 India started their King’s Cup 2019 campaign on a disappointing note as Curacao humbled them 3-1 at the Chang Arena in Buriram. The Blue Tigers will now take on Thailand in a third-place playoff on Saturday on the very same venue.

India were on the back foot from the get-go and Curacao punished them in the 15th minute. Nepomuceno sent in a deadly low ball from the right wing and Bonevacia put the ball out of Gurpreet’s reach to give the Carribean nation the lead.

India’s problems doubled three minutes later when Hooi added one more goal to their tally. He whizzed past India’s right-wing unchallenged, rounded off Gurpreet, and slotted the ball into the empty net.

Sahal Abdul Samad’s brilliant footwork earned India a penalty in the 30th minute which captain Sunil Chhetri made no mistake in converting. However, their hope for comeback lasted only a minute as Curacao restored their two-goal lead through Bacuna.

The head coach Igor Stimac brought in Raynier Fernandes and Amarjit Singh Kiyam in the half-time interval to calm down Curacao’s domination in the midfield. The strategy worked but India couldn’t find a goal. Michael Soosairaj also made his debut for India, taking the tally of the number of debutants to six which also included Sahal Abdul Samad, Brandon Fernandes, and Rahul Bheke.