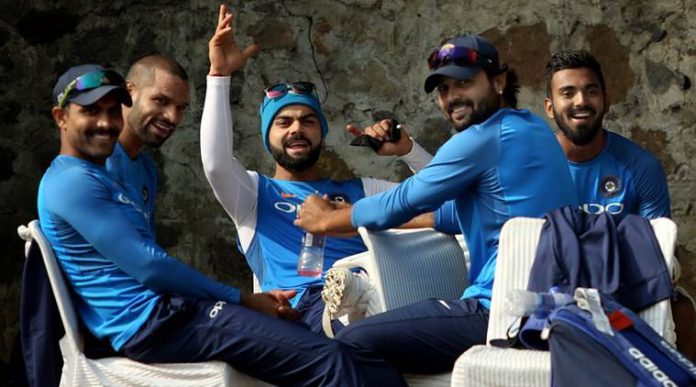 The IPL performances have seemingly weighed heavily on the minds of the selectors as they announced the Indian team for limited-overs and Test series tour of Australia. Given the cut-throat competition for places in the Indian side, ‘perform or perish’ has become the new mantra and the Sunil-Joshi led Selection Committee has sprung a few surprises.

Although the selection is on expected lines with nothing out of the ordinary, the inclusion of Kolkata Knight Riders’ Varun Chakravarthy in the T20I squad is the only big surprise. There’s a huge cloud surrounding Rohit Sharma’s injury, and KL Rahul, who is having a dream run in the ongoing IPL 2020, has replaced Rohit in the longest format.

Rishabh Pant’s omission from the ODI and T20I squads has surprised many. The youngster, who is being widely seen as MS Dhoni’s worthy successor, made it to the Test side for the tour but has lost his place in the white-ball sides. While Pant’s performance in recent times didn’t really warrant him a place in the limited-overs squad, he was widely expected to be given a longer rope by the selectors at least as a backup wicketkeeper-batsman in the Indian team. According to various reports, the selection panel was not too pleased with Rishabh Pant’s fitness levels as he was deemed ‘overweight’ by a few.

His omission means Sanju Samson gets the nod as the first-choice wicket-keeper in white-ball cricket for the Men in Blue. Whether he gets in the starting XI ahead of the in-form KL Rahul remains a point of discussion. Notably, in January, Pant lost his place in the playing eleven to KL Rahul and the latter has fully capitalised on the opportunity.

29-year-old Varun Chakravarthy first spotted in Tamil Nadu Premier League (TNPL) is a big beneficiary of his sparkling form in the IPL. The leg spinner, who is a qualified architect, took up cricket late. He has been a key wicket-taker for KKR, taking 12 wickets, including a 5-wicket haul, before Monday. He joins forces with Washington Sundar, Yuzuvendra Chahal and Jadeja. Varun took a five-wicket haul against Delhi Capitals earlier in the competition, forcing the national selectors to take notice.

This season, the Karnataka-born has now become the top wicket-taker for Kolkata Knight Riders in the season with 12 scalps from 10 matches, at an average of 23.50 and an economy of 7.05. Chakravarthy had taken up medium-pace bowling but a knee injury forced him to reconsider his plan. The all-rounder, in the literal sense of the word, took to spin bowling-the rest, as they say, is history.

That the two batsmen can consider themselves lucky for different reasons. Perhaps one of the most talked-about aspects of the announcement is KL Rahul’s ascension to ODI and T20I vice-captaincy. He is likely to be the first choice keeper. Now, his promotion to vice-captaincy in the absence of Rohit seems to be a signal-of-sorts that he’s here to stay, especially with India looking for their next wicketkeeper-batsman following MS Dhoni’s retirement. A Test recall might resuscitate his red-ball career too.

For Shubman Gill, a call-up to the Test arena represents a great opportunity to showcase his immense talent on the international platform. Rohit Sharma’s absence from the white-ball squads could prove to be a blessing in disguise for the 21-year old Punjab batsman. He has played impressive knocks in the IPL for KKR, proving his mettle for the big stage.

Similarly, for Ajinkya Rahane, a Test call-up represents a new lease of life of sorts. The 34-year old has been largely ineffective for the past couple of seasons, but could make amends on the bouncy tracks in Australia-which is likely to suit his style of batsmanship.

The selectors have decided to go with Navdeep Saini, Mohammad Siraj, Umesh Yadav, Mohammad Shami as the Indian team’s pace battery in the Indian team for Tests. Ishant Sharma’s abdominal injury means one of Siraj or Saini is likely to get a maiden call-up down under. Given Virat Kohli backs his bowlers to the hilt, quicks are likely to enjoy the support of their skipper on Australian tracks.

Twenty-six-year-old Hyderabad bowler Mohammed Siraj has been impressing the selectors by regularly representing India A in the last few years. He toured New Zealand with the A squad earlier this year for three wickets from two games, after a tally of 19 wickets in five games in the 2019-20 Ranji Trophy. The selectors have picked a total of 32 players—16 for the T20s, 15 for ODIs and 18 for the Tests. There are many established players amongst the lot, while there are a few who dream to make it count in the national colours.