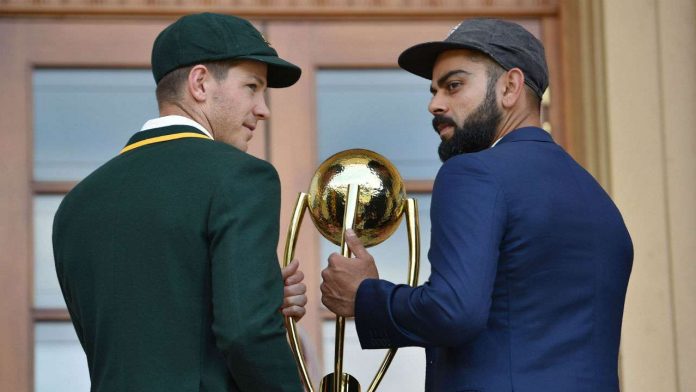 After the conclusion of white-ball series down under, all eyes are now firmly focussed on the Border-Gavaskar series, where India will seek to defend the trophy that they famously won in Australia in 2018. Australia will fancy their chances with the return of their talisman Steve Smith and David Warner. However, the absence of a match-winner like David Warner in the first Test in Adelaide will even out things for India. We discuss three things that’ll decide the outcome of the four-Test series.

India’s cricket team captain Virat Kohli is set to leave the Border-Gavaskar Trophy following the conclusion of the first Test in Adelaide. Kohli has been given paternity leave by the BCCI and in his absence Rahane is expected to lead the team for the remainder of the four-Test series. Apart from being Kohli’s deputy, Ajinkya Rahane is an important cog in India’s middle-order. In the warm-up game against Australia A, he looked compact, and played an innings that should fill him with confidence ahead of a massive summer for him. Second Test onwards, Rahane will have to play a duel role of captaincy and shoring up the crucial middle-order.

Virat Kohli’s departure will leave a “void” for India in their Test tour of Australia, but added that it will hand a golden opportunity to a younger player. India could have other batting problems as senior batsman Rohit Sharma is racing to recover from a hamstring injury in time to join the Test team.

Apart from that, one of India’s immediate team selection headaches is getting the opening combination right for the Adelaide Test in the Border-Gavaskar Trophy.

Playing for the first time in a competitive match since the Ranji Trophy final in March, Pujara looked at his solid best in the first innings. After starting with a flurry of boundaries, he went back to doing what he does best. He barely gave any chances against a good bowling attack on a lively first-day pitch.

It is no secret that bowlers win you Test matches, and Indian bowling contingent will have to be on their toes to keep the mighty Australians at bay, especially with Steve Smith back in the Test fold.

The Indian pace attack is likely to present a stiff challenge to the hosts as only two of the nine batsmen in the current Test Australian squad -Tim Paine and Travis Head- have had the experience of playing both Bumrah and Mohammed Shami in a Test match. However, India will sorely miss the experience of lanky speedster Ishant Sharma in the Border-Gavaskar Trophy.

Ishant had started training at the National Cricket Academy (NCA) nets in Bengaluru as part of the rehabilitation process, but the Board of Control for Cricket in India decided not to take a chance with his fitness and ruled him out of the entire Test series after initially planning to send him for the later half of the four-match series.

Umesh Yadav, who did bowl well in the first tour game is the likeliest to be the third pacer in the playing XI in Ishan’t absence. One of the challenges for India will be to look after their bowlers, as they are considerably light in that department.

Ravichandran Ashwin will again hold the key as he will assume the No 1 spinners’ slot down under. He bowled within himself, but his graft and guile will be tactically crucial against Australia given the number of left-handers they have in their ranks.

In a crunch series like Border-Gavaskar Trophy, a good No. 3 has the opportunity to set the pattern of play rather than follow the established trend. Apart from Virat Kohli’s sound batting exploits, Cheteshwar Pujara’s contribution itself wasn’t any less significant. He struck three centuries in a series tally of 521 runs across seven innings – his 123 and 71 in Adelaide had earned him the Man-of-the-Match award – while Rishabh Pant’s 350 runs were a distant second.

If India stands any chance of repeating their heroics of 2018, they must equal their batting displays and for that top-order will play a pivotal role. Apart from the core batsmen of Kohli, Pujara and Rahane, India are likely to have the services of Rohit Sharma second Test onwards-depending on the fitness test that he’ll have to clear. KL Rahul and Mayank Agarwal opened the innings for India, and the Karnataka duo are likely to be entrusted with the all-important role again. Posting big runs will be crucial in Australia.