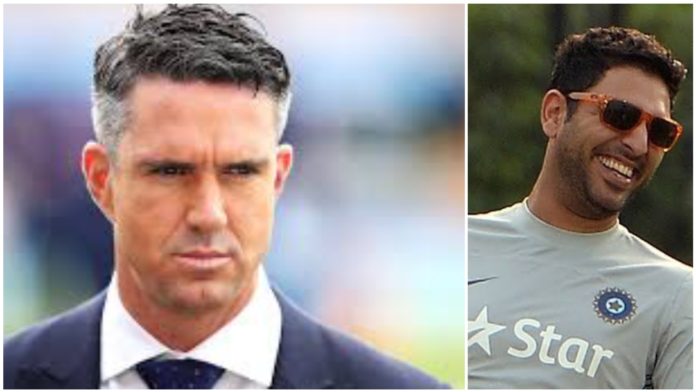 As all sporting activities are currently suspended due to the pandemic that is Covid-19, fans all around the fan faces the tragedy of boredom. In such situation, Kevin Pietersen has sure made all of us feel entertained, although the laughter comes at his extent. The tweet also found itself trolled upon by the Twitterati, but the response was overwhelmingly positive.

Pietersen then went on to upload a picture on Instagram, where a leopard, a black dog to the left of him looks eerily at the camera, while a parrot on his right shoulder doesn’t. He captioned the pic as: ‘Animal Whisperer.’

This is not the first time Yuvi and Pietersen have indulged in playful banter. It has happened previously, over their favourite football clubs in the English Premier League, those being Manchester United and Chelsea, respectively. Both were excellent hard hitters in their playing career, and a lot of time helped their respective national team win memorable matches over the other, no it is no surprise that the two would indulge in some merry banter, playful and harmless in nature.