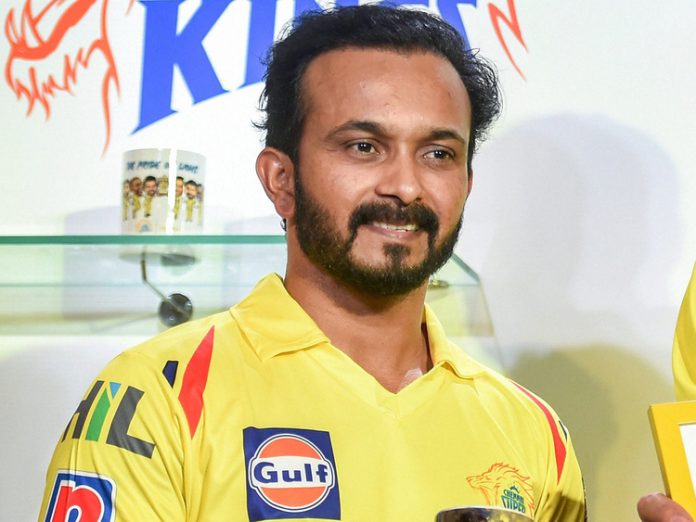 Indian batsman Kedar Jadhav, who has been out of the Indian team since the Auckland ODI against New Zealand in 2020, has started his own cricket academy in his hometown, Pune and the Kedar Jadhav academy was inaugurated on March 14 in Pune. Meanwhile, he failed to do well in the 13th edition of the Indian Premier League (IPL) as well, which saw him being released by Chennai Super Kings prior to the IPL 2021 auction.

While his performances on the field have gone down for the last couple of years, the Kedar Jadhav academy could help him on the business front. However, he took to Instagram and shared a couple of pictures from the newly-made academy and announced his new venture with the world.

Kedar Jadhav wrote, “Here’s to a start of an amazing Journey! Practice and coaching plays a crucial role to give the players an upper cut to success. My dream to provide all the better facilities to the budding cricketers has finally turned into a reality today. Well equipped with all the International facilities, Kedar Jadhav Cricket Academy is all geared up to give the players a platform to script their successful cricketing journey.”

Meanwhile, Kedar Jadhav didn’t get any franchise in the first round of the IPL 2021 mini-auction last month in Chennai. However, later, Sunrisers Hyderabad picked him at his base price of 2 crore n the second round of the auction. And, the middle-order batsman would love to score more runs in the upcoming edition to get back on the radar of the national selectors as well and what could be better than the IPL 2021?

Notably, the upcoming edition of the league will begin next month in India across six venues.