Former India all-rounder Kapil Dev opined that Sachin Tendulkar never went on to become a ruthless batsman despite possessing the talent to be one. 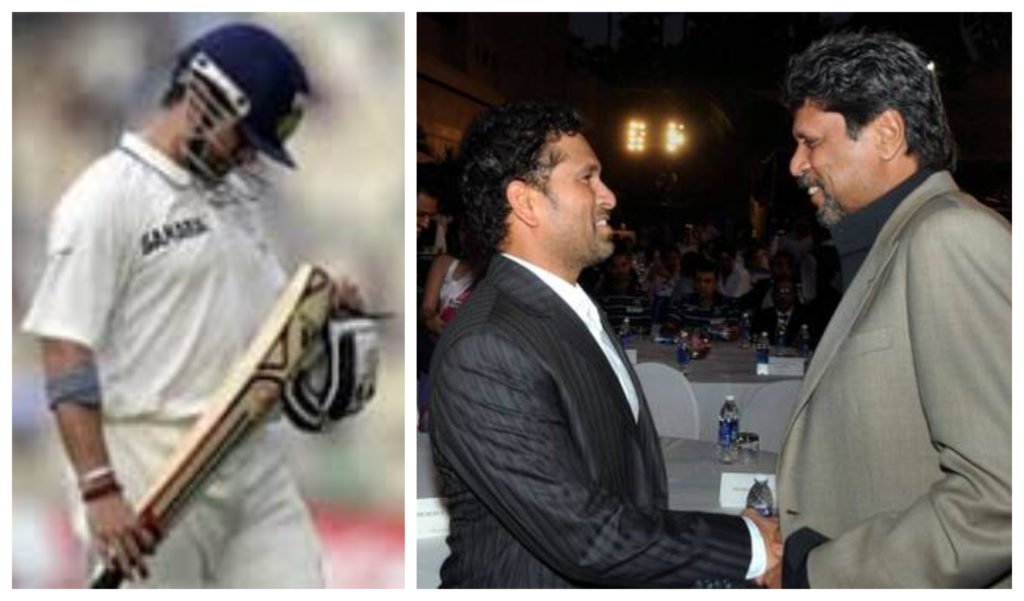 The 1983 World Cup-winning skipper felt that Sachin Tendulkar could and should have had more runs to his name. In a podcast hosted by his former teammate W V Raman, Kapil Dev also added that although Sachin had all the talent in the world, he did not put it into use to his advantage by being a ruthless batsman and scoring double and triple hundreds on a consistent basis.

Kapil Dev also claimed that he used to tell Sachin to be more like Sehwag as he would never put his foot down on the brake irrespective of the milestone. He said:

“Sachin had so much talent, we hadn’t seen it in anyone. He was born in an era where he knew how to score hundreds but he never became a ruthless batsman. Sachin had everything in cricket.”

“However, he got caught up in the Mumbai cricket [mindset]: when you score a hundred, make a line, and start from zero again. And that’s where I said no, you are such a ruthless cricketer, be like Virender Sehwag.”

“To Sachin, I used to say, ‘You must watch Virender Sehwag’, who, upon reaching a ton would aim for at least one boundary an over if not two. So in the next 20 overs, he was close to his double-hundred. That was the difference.”

In his illustrious 24-year career, Sachin managed to score 51 test centuries in 329 innings. However, the little master was only able to breach the 200-run mark six times over the course of his career with his highest score being an unbeaten 248 against Bangladesh in Dhaka. Sachin Tendulkar never came close to reach the triple hundred mark in his glittered career.

Off the 51 test hundreds, only 20 have gone onto cross the 150-run mark. Kapil Dev asserted the point of the lack of such big innings from the Little Master while every other great batsman has managed to register mammoth innings on a more consistent basis.

“He knew how to score hundreds but didn’t know how to convert those hundreds into double-hundreds and triple-hundreds. Sachin had the talent to make at least five triple-centuries and another 10 double-hundreds because he could hit fast bowlers and spinners for a six or a four every over.”

Suresh Raina explains why Rohit Sharma is the next MS Dhoni!