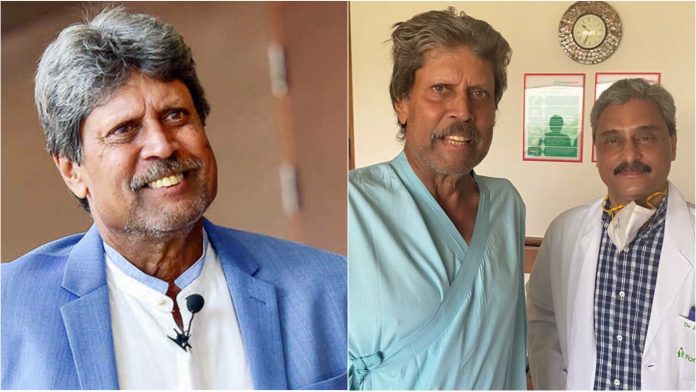 Kapil Dev, the former Indian captain was admitted in the hospital on Thursday night after he complained about having a chest pain. After undergoing emergency angioplasty on Friday, the cricket legend was discharged from the hospital on Sunday.

Kapil Dev is doing fine after the angioplasty

The veteran cricketer was admitted in the Fortis Escorts Heart Institute’s emergency department after he suffered from heart ailments on Thursday. The emergency angioplasty was successfully completed and the legend was discharged on Sunday. 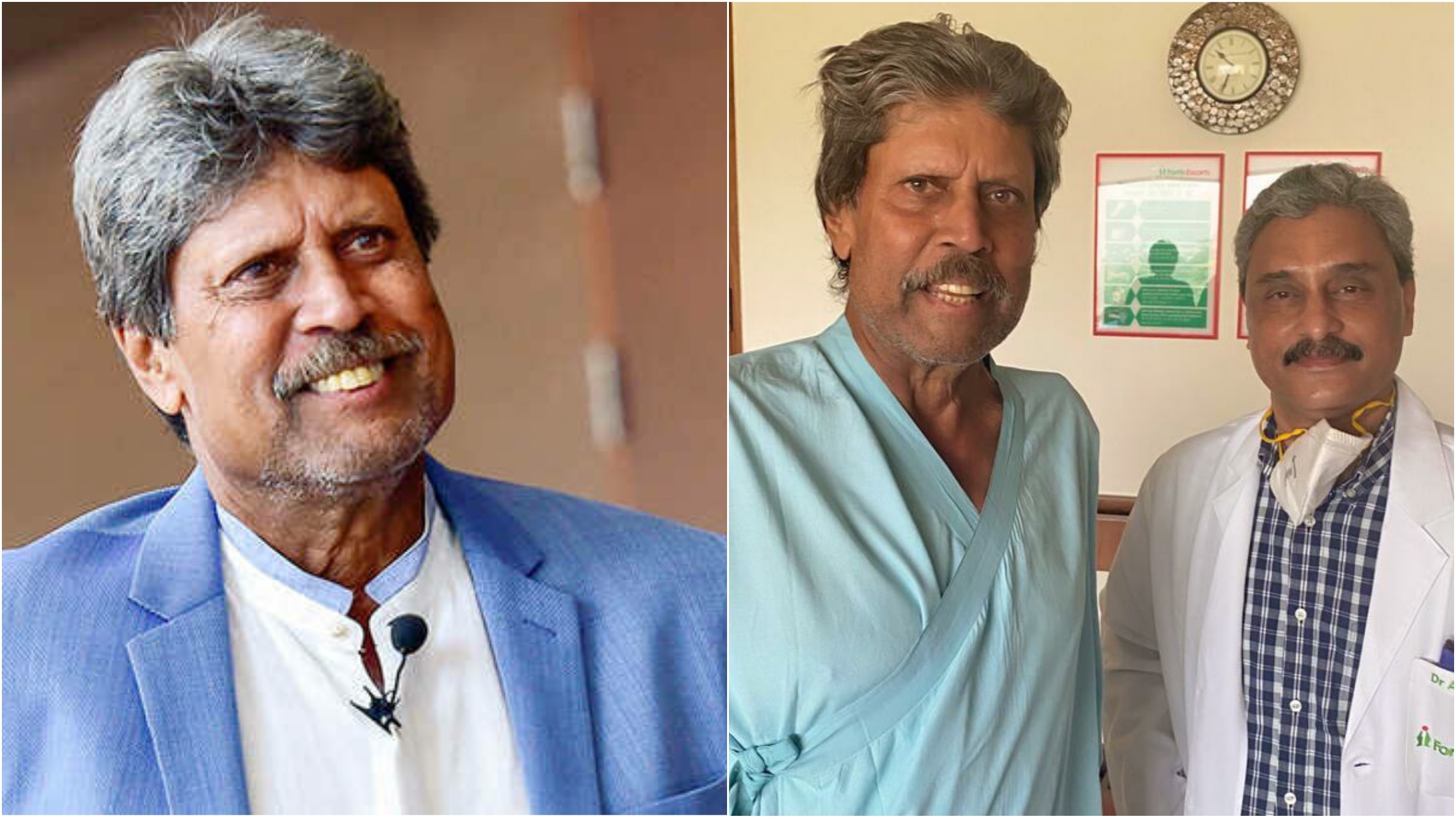 Dr Atul Mathur, the director of cardiology department performed the angioplasty, which is a procedure to open blocked arteries and restore normal blood flow to the heart.

Dev’s former teammate, Chetan Sharma took to Twitter and gave the update on the former Indian captain’s health. He posted a picture of Dev and Atul Mathur and he captioned,“Dr Atul Mathur did Kapil paji angioplasty. He is fine and discharged. Pic of @therealkapildev on time of discharge from hospital.”

Chetan Sharma had also Tweeted a picture of Dev with her daughter following the surgery. He captioned, Kapil Pa ji is OK now after his operation and sitting with his daughter AMYA. Jai mata di.@therealkapildev 🙏🏽🙏🏽

Dr Atul Mathur did Kapil paji angioplasty. He is fine and discharged. Pic of @therealkapildev on time of discharge from hospital. pic.twitter.com/NCV4bux6Ea

Kapil Pa ji is OK now after his operation and sitting with his daughter AMYA. Jai mata di.@therealkapildev 🙏🏽🙏🏽 pic.twitter.com/K5A9eZYBDs

Several cricket stars and icons of other sports including Sachin Tendulkar and Virat Kohli had wished the man who led India to win their first ever World Cup back in 1983. After getting blessed with the wishes, the man himself acknowledged and thanked everyone for the blessings.

He said, “Thank you, everyone, for all the love and concern. I am overwhelmed with the good wishes and well on the road to recovery.”

During the playing career, Kapil Dev was one of prominent all-rounders in the International cricket. He was equally lethal with his bowling and batting. He played 131 Tests and took 434 wickets and scored 5248 runs. He also held the world record for the most Test wickets.

He is the only player in the history of cricket who took more than 400 wickets (434 wickets) and has scored more than 5000 runs in Tests. He was inducted into the International Cricket Council’s Hall of Fame in 2010.

The rise of Hardik Pandya the batsman