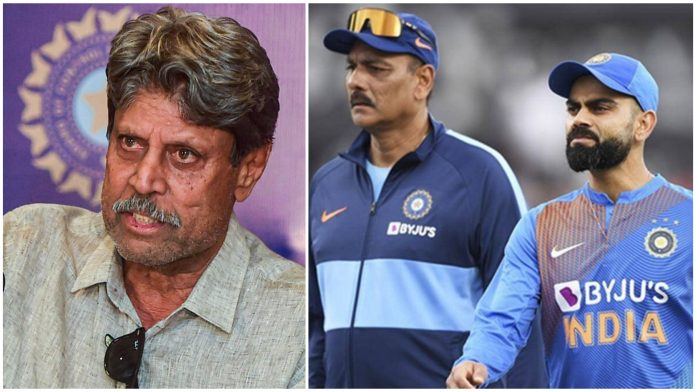 India’s World Cup-winning captain Kapil Dev recently summed up team India’s timeline under the former head coach Ravi Shastri and former skipper Virat Kohli. The Kohli-Shastri Era has ended after the tenure of four years and Rahul Dravid has taken the charge of the team, while Rohit Sharma has been appointed as the new captain. Kapil Dev looked back at the performance of India under Shastri and Kohli. Though he lavished praise on them, he noted the ‘big thing lacking’ that is winning the ICC Trophy during the whole tenure.

The big thing lacking is an ICC trophy: Kapil Dev 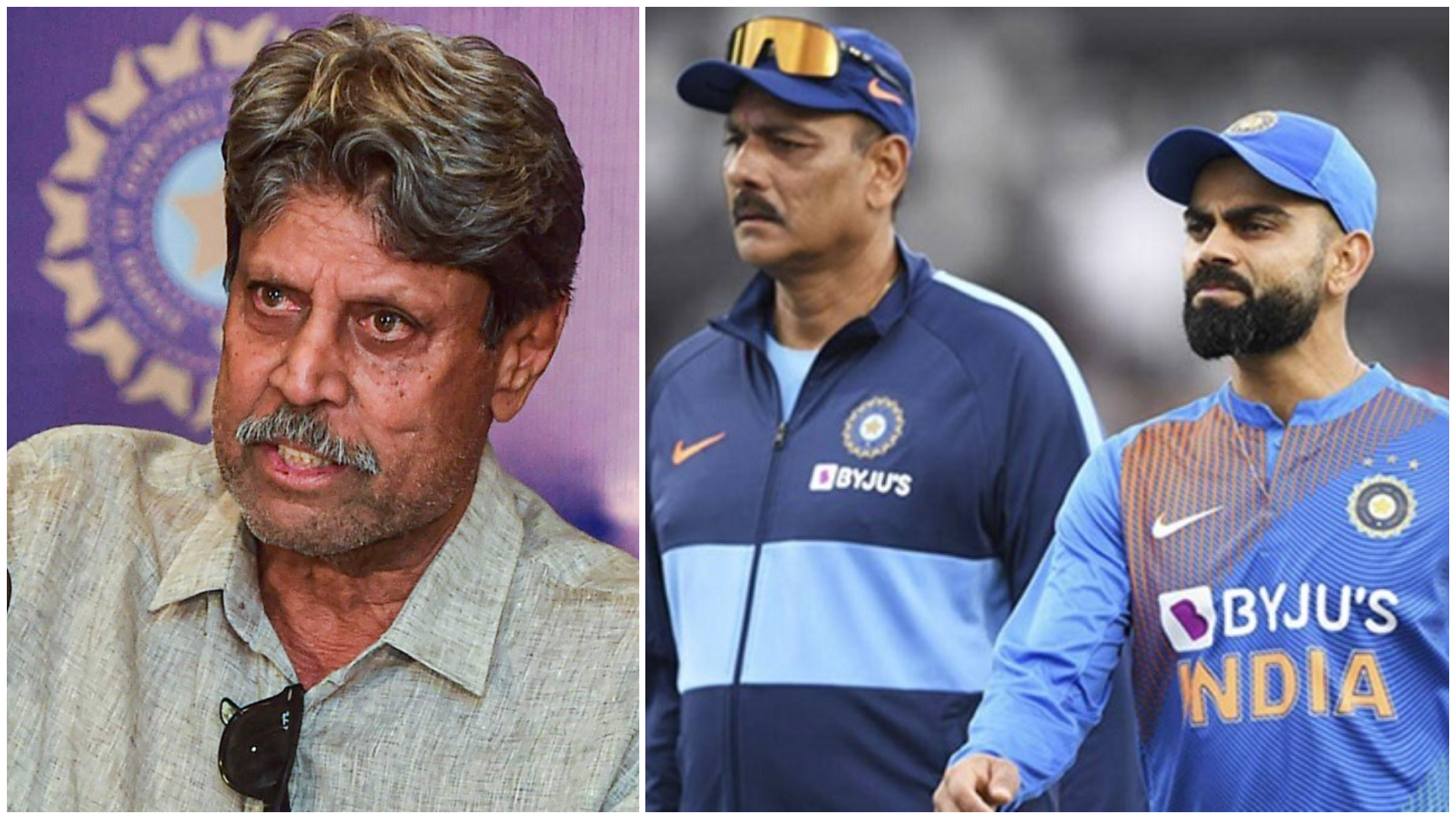 India has won several white-ball series both on home turf and overseas. The side won as many as two-Test series on Australian soil. Though it is needless to say that Team India achieved great success under Shastri and Kohli, they could not yield an ICC Trophy. India were featured in three ICC events – the 2019 World Cup, World Test Championship, and the recently-concluded T20 World Cup 2021 but they couldn’t attain the glory for once.

In an interview with Uncut, the veteran spoke about of Team India’s early departure from the ICC T20 World Cup. He admitted that this was the first time since the 2007 ODI World Cup, that India returned with such a lackluster display.

“I think both have done a superb job. I understand that they could not win India a major trophy but if we look at the last five years, since Kohli took over, there has been nothing lacking. The big thing lacking is an ICC trophy. Apart from that, India have won in Australia, England… wherever they have travelled, they have beaten the other team,” Kapil said

Overall, Kapil Dev gave 90 percent to India’s performance. He deducted the 10 percent due to the lack of an ICC trophy. “If you look at it from a trophy point of view, that’s a different thing altogether. But if you look at their cricket, the brand they have played in the last five years, I would give them 90 percent marks out of 100, and deduct 10 percent marks for not winning an ICC Trophy.”