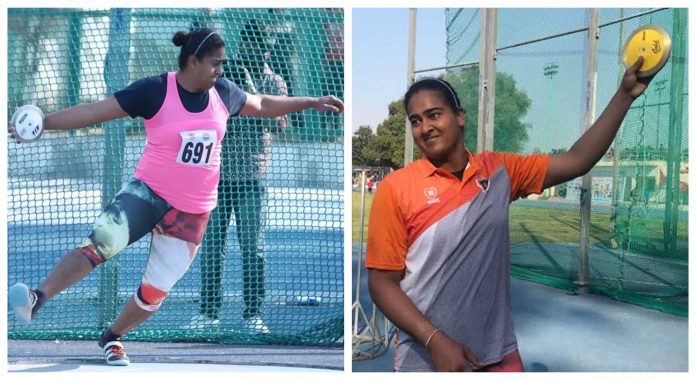 Indian discus thrower Kamalpreet Kaur has broken the national record at the Federation Cup in Patiala on Friday and has booked her place in the Tokyo Olympic Games to represent the country in the women’s discus throw event.

On Friday at the ongoing 24th Federation Cup Senior National Athletics Championships currently hosted at the Netaji Subhas National Institute of Sports complex in Patiala, Punjab, Kaur’s best attempt was clocked at a distance of 65.06m, breaking the previous national record of 64.76m which was set by Krishna Poonia back in 2012.

The Olympics qualification mark was set at 63.5m and having made the cut above that benchmark, the 25-year-old railways athlete has booked her ticket to the Japanese capital later this year.

“Many congratulations to #KamalpreetKaur who achieved qualification for #Tokyo2020 in women’s discus throw with a national record attempt of 65.06m. This is also above the Olympic qualification benchmark of 63.5m,” the official Twitter handle of Sports Authority of India congratulated Kaur.

Many congratulations to #KamalpreetKaur who achieved qualification for #Tokyo2020 in women's discus throw with a national record attempt of 65.06m. This is also above the Olympic qualification benchmark of 63.5m. #RoadToOlympics #JeetengeOlympics #DiscusThrow #FederationCup pic.twitter.com/8eobFshyPF

Alongside securing an Olympics berth and setting a new national record, this is also the first time an Indian has breached the 65m mark in women’s discus throw. Additionally, Kaur’s record is also currently the fourth-best throw in the world so far in 2021.

In spite of setting multiple milestones at the event, Kaur’s words express that she pursued even a better distance.

“I wanted to do even better but for some reason got nervous,” Kaur said in an interview with The Hindu, “maybe because I had made 65m already, I kept stepping over. But next time I will be ready.”