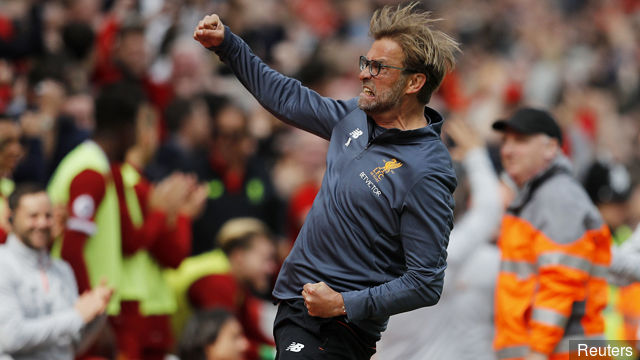 Liverpool fans from across the globe would tell you that their manager Jurgen Klopp has a great sense of humor. After their Champions League victory over Tottenham in the final, the German took a sly dig at Manchester City for not being able to win Europe’s elite club level competition.

Pep Guardiola called Jurgen Klopp to congratulate on winning the UEFA Champions League and informed that their head physio wanted to win the Champions League this season. Hence, he changed his loyalty from Manchester City to Liverpool midway.

“A second ago I had Pep Guardiola on the phone. Our head physio (Lee Nobes) worked for Manchester City at the beginning of the season, but he wanted to win the Champions… no, it’s a joke,” said Klopp.

Klopp enjoyed the tough fight between Liverpool and Manchester City in the Premier League this season and hoped that they would be able to produce the same show the next year.

“And we promised each other already that we will fight each other again next year. We will go for everything and let’s see if we get something,” concluded Klopp.