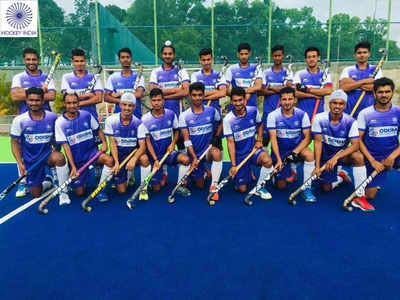 At the semifinal round of the Junior Hockey World Cup that is to be held at the Kalinga Stadium, India is to face Germany. Its previous opponent, Belgium was quite formidable as well, but the Indian team was able to keep its defense. It didn’t let Belgium break through its defense but the same strategy might not work well against the German Raiders. Germans are known for being aggressive on the field. At the last game between Germany and Spain, the Germans didn’t give up even when Spain was in the lead. The team scored an equalizer and won the penalty shoot in the quarterfinals.

The six-time winner Germany so far had 10 podium finishes in its long career. Out of their 11 appearances at the Junior Hockey World Cup, the team has gone back home with a medal ten times. Graham Reid, Indian chief, expressed that he too is worried about the match because Germany has been a threat all these years.
“You never rule Germany out, whatever the situation. They have proven that over the years.”

India needs to maintain its composure

At the last game, Sanjay and Yashdeep Siwach had been star players. Goalkeepers, Prashant and Pawan were quick to save the goalpost against Belgium’s constant attacks and captain Vivek Sagar led the team efficiently. If team India wants to win the game against Germany and proceed to the finals, it has to keep its composure. Expectations will be running high and the team cannot afford to lose at the semifinals.
India is the most attacking and defensive team. It has so far achieved 132 circle entries and 17 saves.
Germany will be giving its best to lift the cup once more, it has been eight years since they won the championship. But due to the absence of penalty corner specialist, Benedikt Schwarzhaupt, India may have a better chance of winning the game.
The German coach, Valentin Altenburg, wants the team to focus on maintaining its defense first and then try and control India’s game.