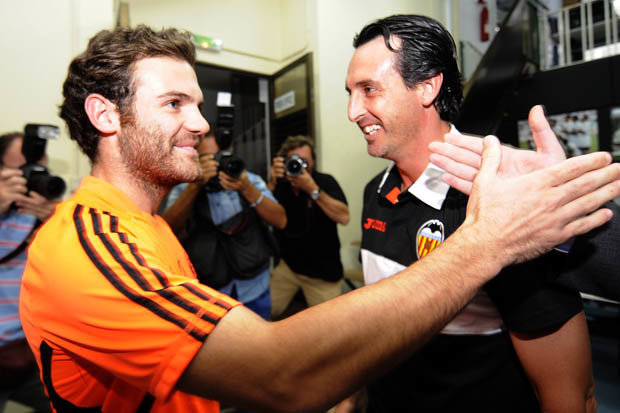 Manchester United midfielder Juan Mata has a special place in his heart for Arsenal boss Unai Emery. The Spaniard spent 3 seasons with Emery during his time at Valencia before his 23.5 million move to Chelsea in 2011. Mata has hailed the Spanish coach as an excellent communicator, recalling his time with him in Spain. 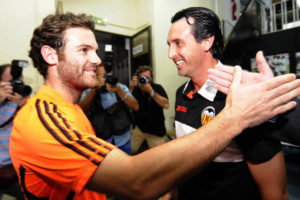 Rumours are afloat that Emery would be happy to sign Mata for Arsenal next summer and the midfielder has given an indication that he would not be entirely opposed to the move in his recent comments for ‘Unai Emery : El Maestro’, an authorised biography of the manager that will be published next week.

“I think what’s special about Unai is the way he communicates”, Mata said, “In his talks, he would write three, four or five things on the board which he would bring up. Sometimes, it was five phrases or metaphors he would explain, I’ve never seen that with other managers.”

He went on to say that the topics of discussion would go on and on since Emery never kept track of time and the sessions would be like seminars and would usually revolve around positivity, camaraderie and values he wanted instilled in his teams.