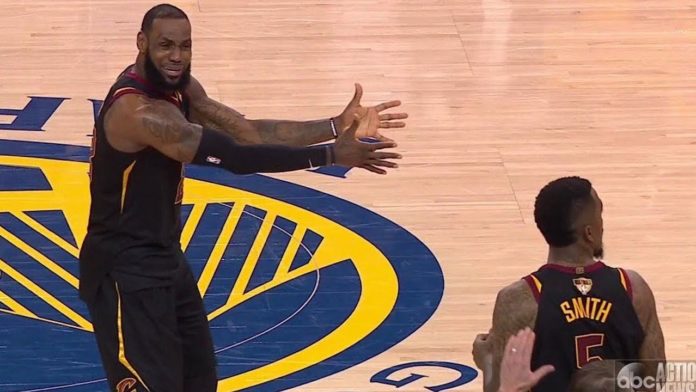 It was iconic. It was inexplicable. For the neutral observer, it was hilarious. Unfortunately for JR Smith and the Cleveland Cavaliers, the play at the end of Game 1 of the NBA Finals 2018 cost them a 1-0 lead.

Smith committed one of the most talked about blunders in NBA history when he dribbled out the clock as he thought his side were leading when, in fact, the game was tied.

Despite the repercussions it had, for JR, the moment was nothing more than an “honest mistake.”

“I’ve messed up so many times in my life,” Smith told ESPN’s The Undefeated in a piece that was published on Tuesday. “I mean, I can’t just point at one thing to be mad at.”

The Cavs were tied with the Warriors with 4.7 seconds left in Game 1 in June. George Hill missed the free throw and Smith rebounded the ball. But, instead of attempting to pass or shoot, he inexplicably dribbled the clock out.

The play that decided Game 1. pic.twitter.com/e1UeOv57Rn

Golden State went on to prevail in overtime and eventually swept the Cavs to clinch the NBA title. JR was trolled countless times on the internet, but he is not dwelling on the incident.

“I mean, it’s an honest mistake. People make mistakes all the time,” he says. In fact, according to his trainer Chris Brickley, the mistake has motivated JR to work even harder.

Smith and the Cavs will begin their preseason next week against the Boston Celtics.