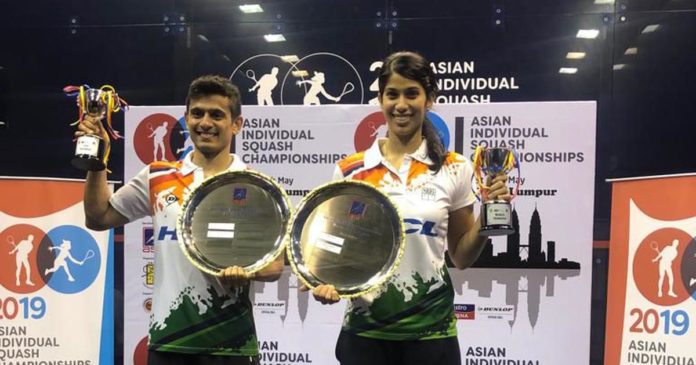 Joshna Chinappa, who was also the defending champion of the tournament, dropped the second set to Hong Kong’s Annie Au but steamrolled past her in the next two to beat her 11-5, 8-11, 11-6, 11-6 in the finals.

While Tanvi Khanna lost to Chinappa in the final, Aparajitha Balamurukan and Sunayna Kuruvilla faltered in the third round itself. Saurav Ghosal was the lone male representative from India in the biennial extravaganza.

Overall, it was India’s best ever performance in the Asian meet as never before in history had the country won gold in both men’s as well as women’s event.