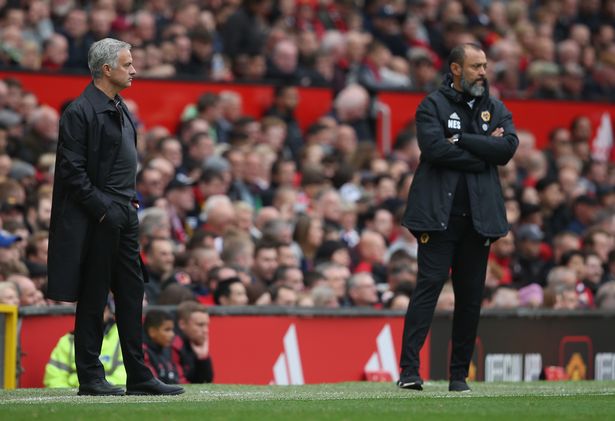 Manchester United manager Jose Mourinho might come off to people as someone who has no friends. Weary smiles is the maximum you could yield out of the Portuguese in the name of amicability but Jose does have a few pals in the Premiership. 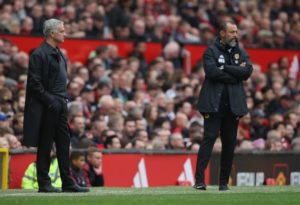 In an interview with SoccerAM , Mourinho comes around to who are some managers he is friends with in the PL.

“Nuno (Espirito Santo) was my player so I have a relationship with him from before,” he said talking at the Wolverhampton Wanderers boss who was at Porto for years in two separate spells, with Mourinho his boss from 2002-4.

“Marco (Silva at Everton) I have known for years and he’s a good guy too.”

When asked if he ever had a night on the town with Nuno, Mourinho was a little more coy.

“In spite of the fact that we are both now managers I think we have a thing that I was your manager and you were my player,” he added.

“That’s nice for me. There is always that little thing in the relationship.”

Jose added he may soon be having another old pal joining him in the Premier League.

“Take Frank Lampard,” he added. “He’s a Championship manager who will be a Premier League boss really soon.

“I hope he one day manages Chelsea. He’s doing well. He’s gone a level below to learn and wait for a chance at the level he was at a player.

“He can now prove he can do it. He didn’t phone me for any tips, but we’ve spoken.”