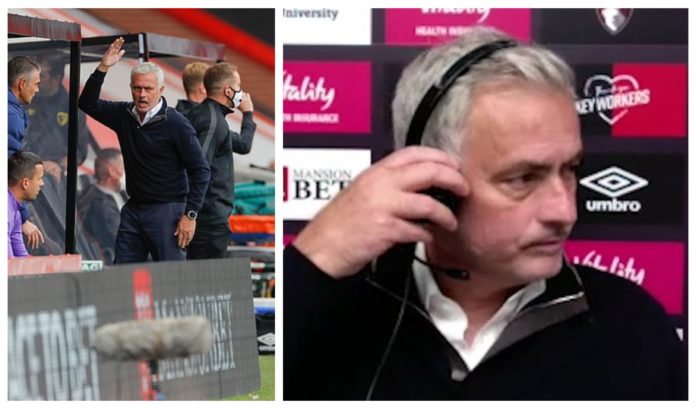 After several rounds of declining to answer questions fearing that it would lead to controversy, it seems like frustration has got to Jose Mourinho after seemingly skipping an entire post-match conference citing technical issues. 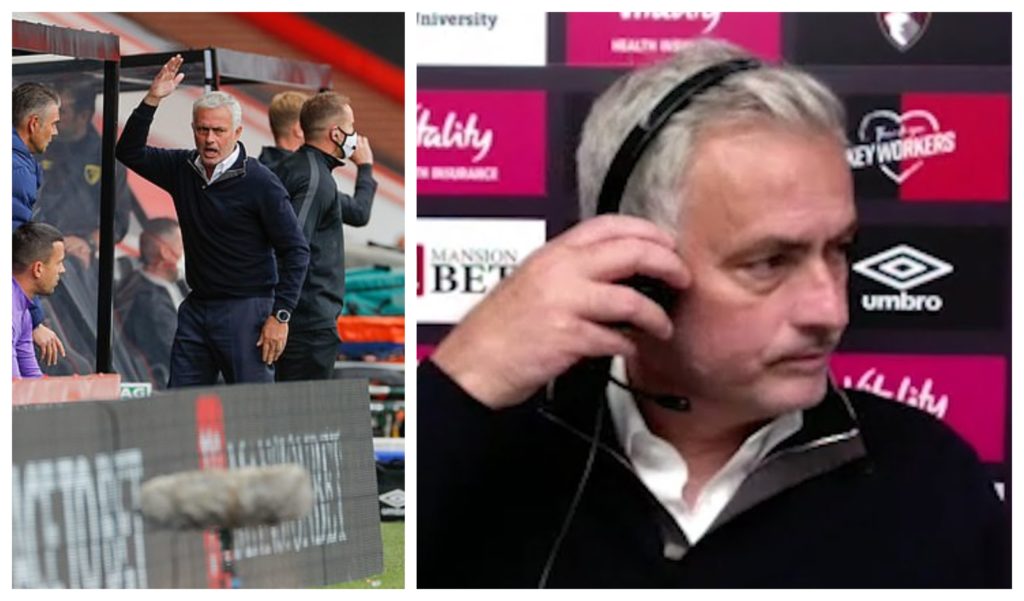 It was yet another frustrating afternoon for Tottenham Hotspurs down the south coast after finishing with a goalless draw to 19th place AFC Bournemouth.

After the match, manager Jose Mourinho appeared for the post-match press conference held through video call and went on to claim that he is unable to hear anything, right after a reporter asked him the same.

Mourinho then went on to remove his headset and apologize to the reporters while the press officer claimed that there is no IT support and hence the meeting will not take place. Check out the incident right below:

Spurs endured a tough time against Bournemouth after the side failed to even register a shot on target. The side were denied a penalty even after a VAR check where it seemed like Joshua King pushed striker Harry Kane inside the box. The manager clearly expressed his displeasure at the touchline.

The former Chelsea and Manchester United manager even denied providing his opinion on the four-match ban to Eric Dier handed by the FA after the player charged into the stands to confront a member in the attendance.

Spurs failed to grab the opportunity to jump ahead of arch-rivals Arsenal in the table. Mourinho would be feeling the pressure as Arsenal with their recent form, head into the North London derby as favourites.