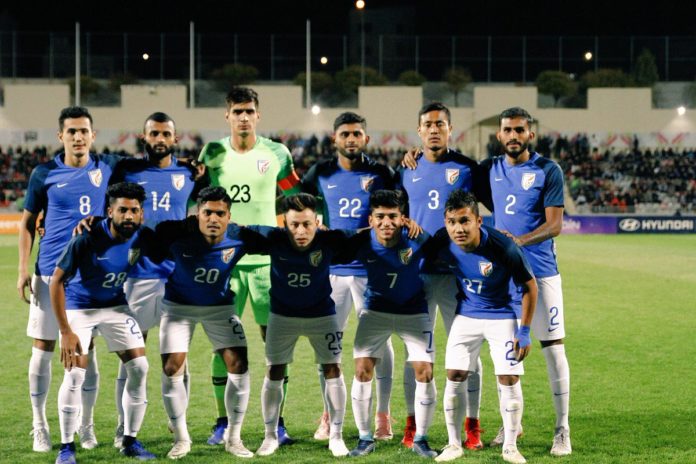 Firstly, kudos to the Indian football team to field a playing eleven and show sportsmanship spirit enough to play the match. Seven of their 28 players, including key players Jeje and Balwant Singh, were stranded at the Kuwait airport for more than 32 hours and they reached only 20 hours before the kickoff. 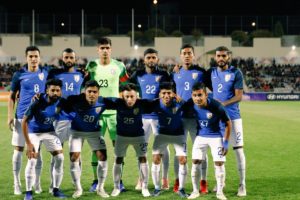 If rumors are to be believed, the Indian team didn’t even have their playing kit and a football to practice with. There were talks to cancel the match and promotion from the Indian football team’s social media handles hyping the first ever encounter also stopped. However, the show went on and Jordan eked out the listless Indians.

Gurpreet Singh Sandhu saved a penalty but also conceded one in the most horrendous of the fashions. Debutant Nishu Kumar did pull one back for India and gave a ray of hope, but it proved to be a mere consolation as India lost 2-1. Read Sportsindiashow’s match report here.

Here is how Twitteratis reacted to it:

India have allowed the opponent goalkeeper to score. Pretty much explains today's game so far against Jordan. #JORIND

Sandhu's list of blunders or soft goals has really been adding up in the last 12 months or so. He used to be such a safe house. That this has coincided with his move back to club football in India might be mere coincidence… or not #JORIND

Pathetic performance from a depleted India. Once again, result looks MUCH better than the performance. pic.twitter.com/QKiAdhFzcX

Just got to know that @IndianFootball have been spared from wearing new boots tonight against Jordan as they have finally received their luggage. #JORIND #IndianFootball

happy that #TeamIndia competing well however sadly i presume the #Jordan goal by keeper may go #viral. chin up lads onto the next one #BackTheBlue #JORIND #AsianDream https://t.co/XT9RtS6sCu

Hope India has @soosairajmichal and @ckvineeth as their secret tactics for Asians. Their form and stat is suitable today.

Can we stop glorying and discuss the reasons for this shameful loss to lower rank team??

Yup. One has to convert these kinds of chances but for that u have to be calm n composed today whole team looked off colored except some odds like Anirudh Thala, Nishu, Vinit Rai

1st half was wasted in doing defense even after goal was scored. Why can't we just play attacking game (like we did in 2nd half) from the starting? Today's 2nd half game proved that if we play more attacking game than we have more chance of scoring and winning the match.

Yes our coach is good not for our indian national team. We are beliving our team but why this happens all the time. We have good players in isl team but nobody talking about it. what was the reason. Iam not asking this question to fans. The person will know what iam try to say😭

61' Nishu Kumar, proves to be the super sub as he drives his left footer into the @JordanFA net reducing the margin to 1-2#JORIND #IndianFootball #BackTheBlue #AsianDream pic.twitter.com/raXcX87lxe

We are struggling to hv 30% possession against a mid runs Asian side.https://t.co/HaRxpIJOh1

It is ok @GurpreetGK just a judgemental error. India not getting possession of the ball pathetic. #sackconstantine it’s time to get somebody new.