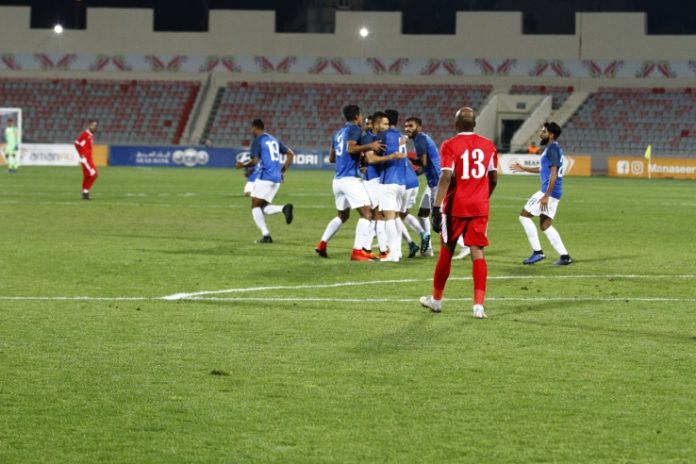 Jordan found their first victory under manager Vital Borkelmans as they eked out a jet-lagged India 2-1 at the King Abdullah II International stadium in Amman.

The game was marred in controversy beforehand as there were rumors floating that it could be canceled owing to the fact that 7 of the 28 Indian players were stranded in the Kuwait airport and made it to the venue less than 24 hours before the kickoff. However, the official confirmation came in around 2:00 pm which said that the show would go on.

Stephen Constantine fielded his side in a 4-5-1 formation with Anirudh Thapa the lone man up front. Pritam Kotal, Subhashish Bose, Salam Ranjan Singh, and Anas Edathodika formed the back four whereas Jerry Lalrinzuala and Jackichand took charge of the wings.

Pronay Halder and Vinit Rai played in the defensive midfield and Germanpreet played a little above them. The custodian Gurpreet Singh Sandhu was given the captain’s armband.

Jordan couldn’t have asked for a better start to the game as they were gifted a penalty at the 7th minute although the replays showed otherwise. Khalil Bani Attiah stepped up, but his shot was saved by the Bengaluru FC goalkeeper. However, the captain was later to take the blame as he couldn’t read goalkeeper Amer Shafi’s kick and, the ball looped to the back of the net after taking an awkward bounce at the 25th minute.

It was all-Jordan in the remainder of the half who had around 80% of the possession, but their casual approach to the game held them back from extending the lead. As the second half began, India showed signs of urgency and found gaps in the Jordan midfield. However, Jordan pounced on the counter and found the back of the net at the 58th minute after Ersan laid the ball on the platter for Hamad who rocketed it past the keeper.

India caught Jordan napping three minutes later when substitute Nishu Kumar curled the ball in the back of the net. Germanpreet was the provider as he crossed the ball in towards the unmarked debutant.

The goal turned out to be a wake-up call for Jordan as they stayed alert for the rest of the game. The hosts maintained the slender lead and won the game 2-1.

India will next take on Oman on 27th October before facing UAE, Bahrain, and Thailand at the 2019 AFC Asian Cup.