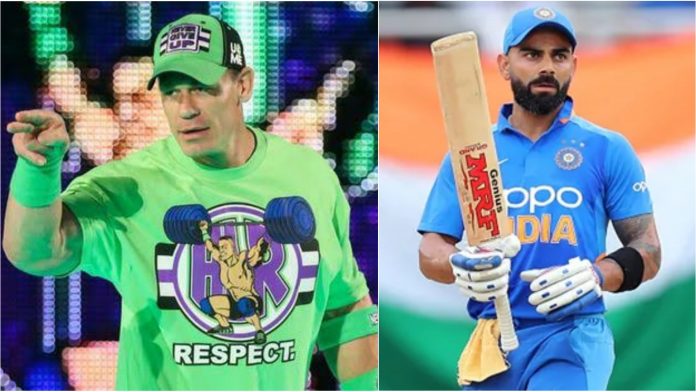 The Indian skipper Virat Kohli is a globally recognised cricketer known for his batting prowess and how he has shattered many records over the few years. Now, the fans got confused recently when WWE star John Cena shared a picture of Kohli on his Instagram account. 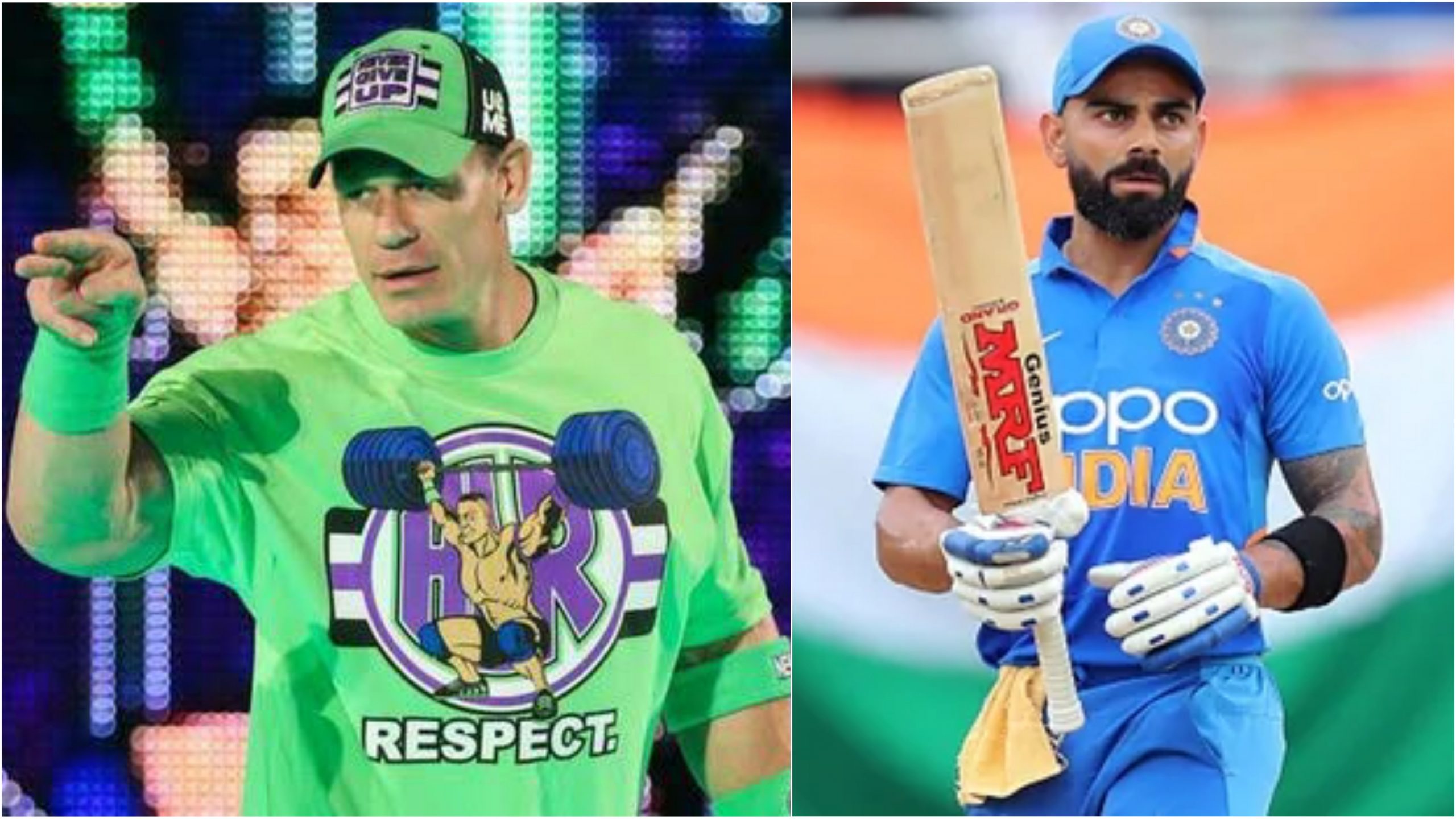 There is no doubt that Kohli has fans from different fields of profession and stars admire him for his contribution to the great sport of Cricket. Now, it turns out, John Cena is also a huge fan of the Indian captain.

Cena is quite active on Instagram and often posts picture from time to time but interestingly without any context.

He says he posts the picture for his fans to interpret. His Instagram bio reads, “Welcome to my Instagram. These images will be posted without explanation, for your interpretation. Enjoy.”

Fans have been left wondering about the Instagram post. They were confused as to why the former WWE Champion posted Kohli’s picture. They have flooded the comments section with plethora of speculations.

Some of the fans believe it is because Cena is showing support towards the Indian captain for the upcoming marquee contest against New Zealand for the ICC World Test Championship (WTC).

Possibly, Cena wants Kohli to perform well and come up with captain’s knock in the highly anticipated clash against the Kiwis.

John Cena had also posted picture of Kohli in the past

It is being noted this is not the first time when Cena has shared Kohli’s picture. In the past, ahead of the India vs New Zealand semi-final clash in the 2019 World Cup, Cena had also shared one of Kohli’s pictures.

The Men in Blue had failed to defeat the Kiwis in that high-stakes clash but would be determined to settle the scores now. The one-off WTC final is set to start on June 18 at the Ageas Bowl in Southampton.