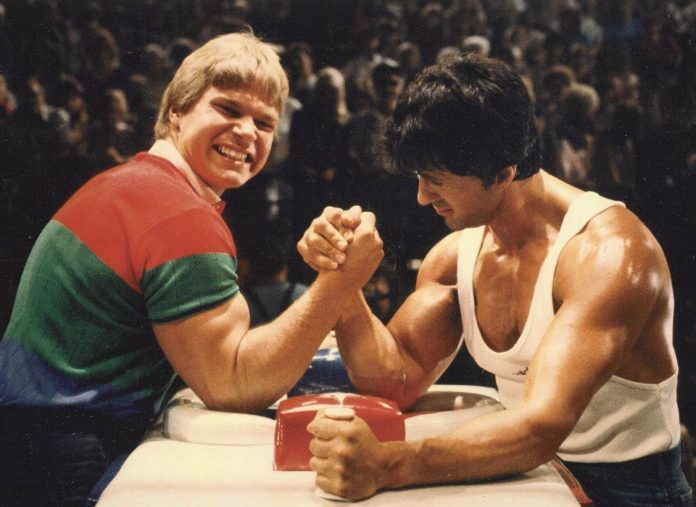 If you follow Arm Wrestling, you must have heard of John Brzenk. Widely regarded as the greatest Arm Wrestlers of all time, John Brzenk went on an undefeated streak of 25-years.

John Brzenk participated in his first Arm Wrestling tournament when he was only 16-years old and got into the sport because of his father Brzenk Sr, who was also an arm wrestler. He won his maiden tournament and was given the nickname ‘Giant Chrusher’ as he defeated opponents much bigger than him.

At that time, it may have been unusual seeing a young boy with small stature defeating bigger man, but little did they know, John Brzenk would go on to secure his name in the history books. 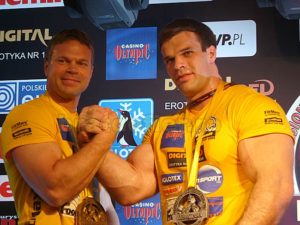 In 1983, John won his first world championship on ABC’s Wide World of Sports. He was only 18-years old when he achieved this feat. With his right forearm that’s 16 inches in circumference and his left that’s 3.5 inches, he won four world title in the heavyweight division by 1994.

At 6’1″ and weighing around 90 kg, to say that, John Brzenk was a dominant arm wrestler would be an understatement, often during the matches, his opponents would be twice his size, but John would still find a way to beat them. His biggest opponent to date is a 660lbs arm wrestler, who John easily defeated.

By the early 2000s, John was already contemplating retirement as he was getting older and losing his endurance and the arm wrestlers from other parts of the old were catching up to him. His achievements were immortalised by the 2009 documentary film made on him called ‘Pulling John’. Directed by Vassiliki Khonsari and Sevan Matossian, the film gave an inside look at the 2004 Zloty Tur Cup which took place in Warsaw. Russian superstar arm wrestler Alexey Voyevoda and American Travis Bagent are also a major part of the documentary.

The documentary gave an inside look at the mind of John Brzenk, who even after dominating the arm wrestling circuit for 25-years was such a humble person. It’s not uncommon for arm wrestlers to be cocky or arrogant, but nothing of sorts ever resonates from John. He’s so mild-mannered and humble and it’s part of the reason why almost every arm wrestlers competing in the sport respects and looks up to him. Yes, even the arrogant and cocky ones.

To put things into perspective, dominating in any sport for 25-years is unique. Even Floyd Mayweather’s professional career didn’t last 25-years even if he may have retired undefeated with a record of 50-0 and I am not even convinced that he fought the best fighters in their prime.

Even after Brzenk was past his prime, he defeated Ukraine’s Denis Cyplenkov. Who is Denis Cyplenkov, you ask? He is the same guy that made an easy work of Devon Larratt, who himself doesn’t need any introduction.

Even though he is 55 years old today, he still competes in Arm Wrestling tournaments. He won the middleweight titles in 2015, 2016 and 2017.

Who has beaten John Brzenk? 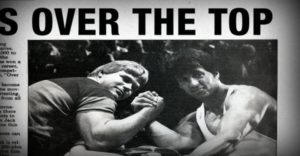 Majority of Brzenk’s competitions took place in the former Soviet Block countries and he became an icon there and even had his own action figure.

Despite his long winning streak, he would eventually lose in his super matches and very few arm wrestlers globally can claim to have beaten him. (Source)

According to Networthpost, John’s net worth is around $200,000 or ₹1.5 Crore. Apart from competing in arm wrestling tournaments, he worked as a mechanic in Delta Airlines, that helped him in flying to tournaments around the world for free. During his career, he has competed for upwards of USD$80 000 at times.

John is the most successful arm wrestler in the history of the sport. His career spans 35-years and in the duration of his pro career, he is estimated to have won 500 titles. 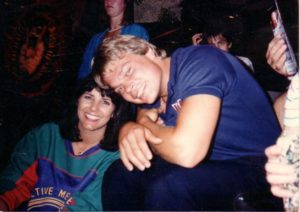 John is married to Renee Brzenk with two daughters Megan and Kelli.

Unlike his peers, John isn’t much training savvy. In his younger days, he only used to do lighter reps on the Nautilius equipment and continued it as his career progressed.

“My intensity in the gym still steams from my early years lifting Nautilus equipment. I would consider it very light with only one set for each body part with enough weight to lift for 10 to 12 reps,” John said. (H/T – Armstars)

Check out Pro Pana League, the fastest-growing arm wrestling tournament in the world