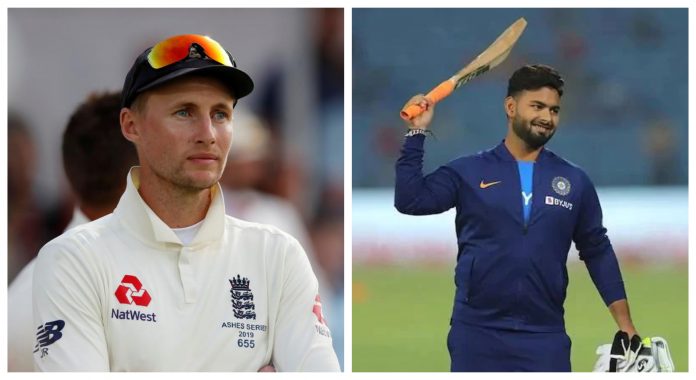 Team India have been taking on England in the third Test which is also a day-night affair at Sardar Patel Stadium in Ahmedabad. However, prior to the game, England captain Joe Root commented on India’s wicketkeeper-batsman Rishabh Pant. He said that the youngster is an extraordinarily talented player but they need to dismiss him early in order to make sure a comfortable win.

Rishabh Pant has been in a formidable form in the Test series against England so far. He is currently the third-highest run-scorer in the tournament with 168 runs from two games and he is just after the England captain Joe Root (297) and Indian opener Rohit Sharma (205) as well.

While speaking about his power-hitting abilities, the swashbuckling finisher during the pre-match virtual press-conference on Tuesday, Root told, “He (Pant) is a fine player and plays some extraordinary shots. He makes it very difficult for some bowlers to bowl at him. But more than anything, (it is on us as to) can we keep him quiet and can we make it difficult for him to really take us on and find ways of either getting him off the strike or get him out. Rishabh is extremely talented and he has got a great game but he will give you a chance and we just got to be ready to take that when it comes.”

However, England have two world-class speedsters in their team in the form of James Anderson and Stuart Broad. But both of them haven’t featured in the Playing XI together. While Anderson had played in the first game, Broad featured in the second Test as well. Meanwhile, Joe Root revealed the two-seamers would get the chance to play in Ahmedabad.

“The records that they (Anderson and Broad) have and the things that they produce, especially in the last couple of years, is the reason why they are up there with the top three bowlers in the world. They are consistently getting better and the older they get, they are using that experience to their advantage. I am sure there will be opportunities where they will get to play together in the near future and much further down the line as well. The records that they set will be very difficult to surpass,” Joe Root further added.