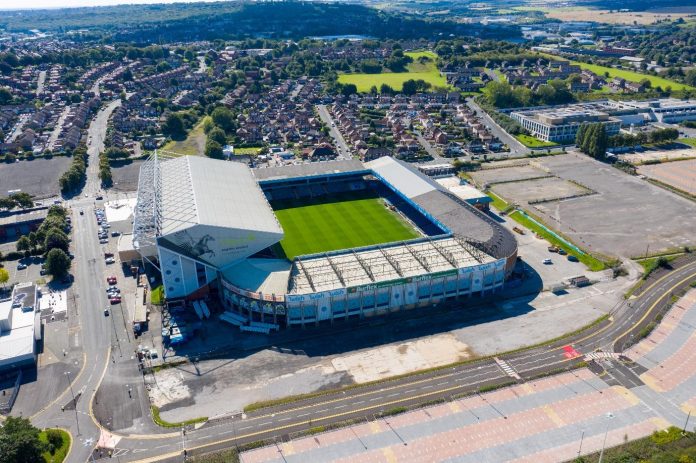 When Marcelo Bielsa left Leeds at the end of February many feared their season was already over. They look defensively inept and injuries had ravaged their sophomore campaign in the top flight.

You got the sense that Jesse Marsch was the right man at the wrong time for RB Leipzig, and fate has a funny way of repeating itself, as you feel the threat of relegation will really hinder the style of football Marsch wants to play. The American has been responsible for the development of some fantastic players over the last few years including Takumi Minamino and Erling Haaland but with just 11 games left, Leeds are still tipped to face the drop on the sports betting exchange.

Marsch has plenty to do between now and the end of the season, but is he just commanding a sinking ship? Let’s look at why we think Leeds look destined for the Championship.

Simply put, the way Leeds play isn’t sustainable. The aggressive, counter-pressing philosophy incorporated over the last three years by Bielsa was certainly a breath of fresh air when it was initially introduced in the top flight, but the intensity of it has led to a lot of injuries. Patrick Bamford and Kalvin Phillips have been out for the majority of the season and the players that have been on hand to deputise, like Adam Forshaw, as talented as they may be, simply aren’t able to replicate their roles in the system.

Bielsa was also extremely stubborn. Even if his final days, when the club were shipping in goals left right and centre — conceding 10 in his last two with 6-0 and 4-0 defeats — he never changed the way he set up, to the detriment of Leeds. Marsch simply doesn’t have time to start from scratch though, and will have to implement part of the Argentine’s style into his more possession-based philosophy. Leeds are clearly weak at the back, so defensive solidity will have to remain a priority until the end of the season, only then when they’re safe will we really get to see what kind of football Marsch wants to play, which was admittedly a pleasure to watch at times for Salzburg.

If Leeds do want to dig themselves out of trouble, they’ll need to make every match count, but their run of fixtures is certainly far from straightforward. There are a few out and out relegation six pointers in there, including Norwich and a decisive trip to Watford, but as well as those games against lesser opposition lie Chelsea, Manchester City and Arsenal — teams that not only possess far greater quality, but ones that will still have everything to play for in terms of the title race and the battle for top four. If they are to beat the drop than those wins in April are simply imperative.

Junior Firpo became the latest casualty to Leeds ongoing battle with injury as they rather damply lost to Aston Villa 3-0. The left back had enjoyed a fine campaign at left back and was one of the few defenders who has performed respectfully since the turn of the new year. However, Marsch fears his season could be over, compounding more misery on an already arduous season for those fans at Elland Road.

“We don’t yet but it’s probably something on the inside of his knee like an MCL so we’ll evaluate that and see where’s he at,” he said. “I would guess it keeps him out for a while.”

Regardless of the poor performance, Marsch tried his best to keep spirits high ahead of what is a decisive two months before the end of the season.

“My job is to provide confidence. Big job. Knew that when I came here.” He said “(I’m) not surprised with the situation. My job is to stay strong. Help the players to understand their roles and execute clearly.