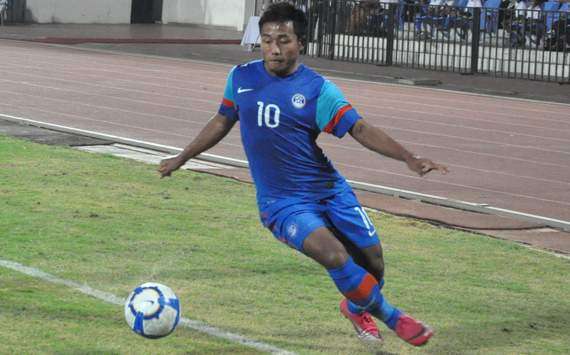 Indian international striker Jeje Lalpekhlua recently spoke to the media houses at the sidelines of the two-day national camp in New Delhi ahead of India’s next international friendly against China.

When the reporters asked his opinion on the prospect of the merger of ISL and I-League, he chimed that it should occur in the near future.

“Yes, of course, I hope [merger of ISL and I-League] because East Bengal and Mohun Bagan are huge. In Indian football, you can’t proceed without these two clubs. Yes, of course, if these two are coming than it’s going to be good for Indian football and for ISL. Yes, I have enjoyed a lot [in Mohun Bagan], three years I have played in Kolkata. I miss Mohun Bagan a lot. And I hope they can come up for ISL. Right now I have a contract with Chennai [so nothing about joining Bagan]. In the future, I don’t know, let’s see.”

It is inconceivable to think of India’s top league without the two Kolkata giants. Let’s hope that the clubs can either find sponsors and chunk in the money to participate at ISL, or both the leagues are merged in the near future.