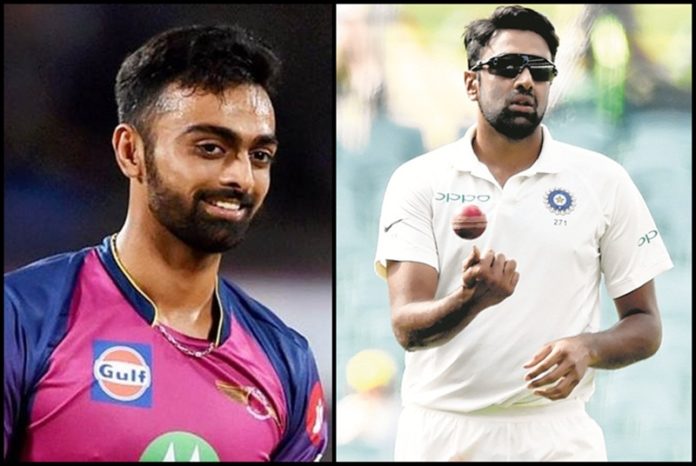 Indian duo of Ravichandran Ashwin and Jaydev Unadkat have demanded the Board of Cricket for Control in India (BCCI) to introduce face masks in the wake of Ashok Dinda incident, which saw the pacer survive a massive scare after being hit on the forehead with a ball.

Unadkat was the first to demand protection for the bowlers on the very same day when Dinda suffered injury. Taking to Twitter, the left-arm medium pacer suggested that such incidents have become regular, which calls for some action. He even asked Ravichandran Ashwin to give his take on this.

About time that a “face-mask” for bowlers makes its way into all that has evolved in cricket. Its scary how this kind of incidents have become frequent in our game! Hope you good Dinda @dindaashoke .. What do you say Ash bhai? @ashwinravi99 https://t.co/J76hqBgXpJ

Ashwin, on February 14, concurred with his fellow national teammate, suggesting that ever since the T20 format has popular, these type of incidents have been taking place.

Been saying it since 2011, these kind of incidences never used to happen in the pre T 20 Era. Something has surely changed , wonder what it is🤔 https://t.co/5xasN4IAbZ

On February 11, Dinda had survived a massive injury scare during Bengal’s T20 practice game for Mushtaq Ali Championship. The incident took place when the batsman hit the ball fiercely straight back at the bowler. Dinda tried to catch the ball, but was too late to react, which resulted in the ball hitting his forehead.

He fell to the ground instantly, and the players surrounded and checked up him, fearing a serious injury. The physio and medical staff immediately reached the spot and took note of the hit he suffered.

England vs. India: Essex prove tough for the Blues in warm-up...

No opening ceremony for IPL 2019, amount to be donated to...

Twitter explodes as KL Rahul is overlooked for a test spot...