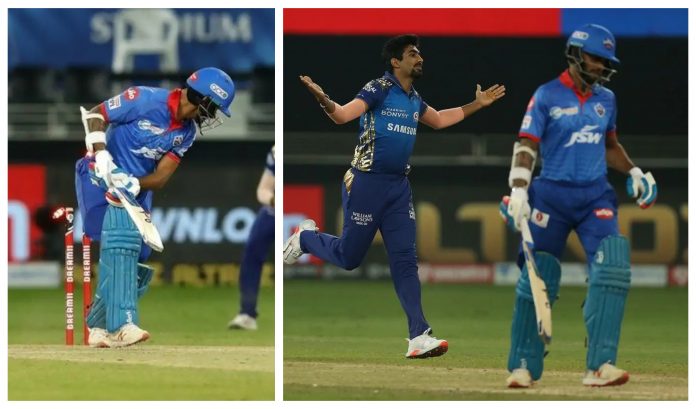 Mumbai Indians secured their ticket to a second consecutive final after a dominant outing against the Delhi Capitals in Dubai. Jasprit Bumrah owned the show in the second innings and registered his best IPL figures of 4-14 to lead the Purple Cap race.

Yorkers are what brought Jasprit Bumrah into fame along with his unconventional action and raw pace. While he has slightly reduced the use of one of the most lethal and effective deliveries in cricket, his form continues to remain consistent. 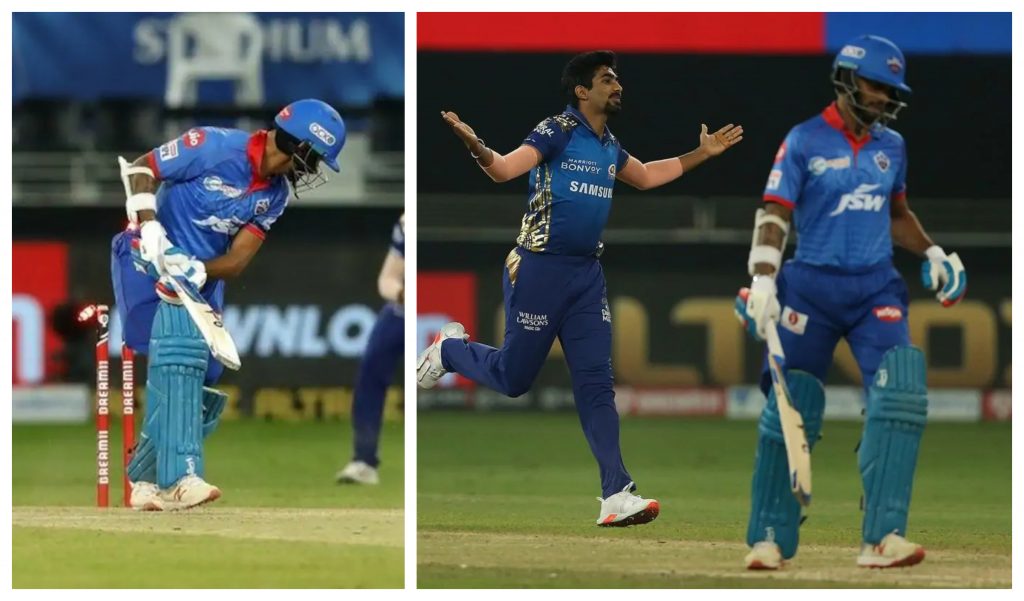 While the pacer usually reserves the yorker for his death overs, he sprung a mighty surprise by uprooting Shikhar Dhawan’s stumps with his second delivery of the game. The left-hander was caught by surprise following the inch-perfect yorker that crashed onto his stumps and reduced them to 0-3.

During the post-match presentation, Bumrah spoke about his execution of yorkers while being conferred with the man of the match award. The pacer claimed that he aims to use the delivery to effect in his first spell as well rather than just reserving it for the death overs. He said:

“I am okay with not getting wickets and winning the tournament, I have been given a role so I just want to execute that role. Opening yorker was really important. I decided I will do that early in the game and when it comes off it’s always nice,

The 26-year-old added that he is ready for the task whenever the captain tosses the ball at him in search of a breakthrough.

“I am always ready when the captain wants me to bowl. I don’t focus on the end result. When I have done that it’s always gone downhill,”

Bumrah speaks about his relationship with new-ball partner Trent Boult

The current leader of the purple cap also spoke about his new-ball pairing with Trent Boult which has brought tremendous success for Mumbai Indians this season.

“I have a great camaraderie with Boult. We discuss fields, situations, so there’s a lot to learn from him. Batsmen have been taking all the awards, so it’s good to get it as a bowler,”

The duo has managed to take 49 wickets in total so far this tournament and will look to fire for one last time to secure the franchise’s record fifth title win.