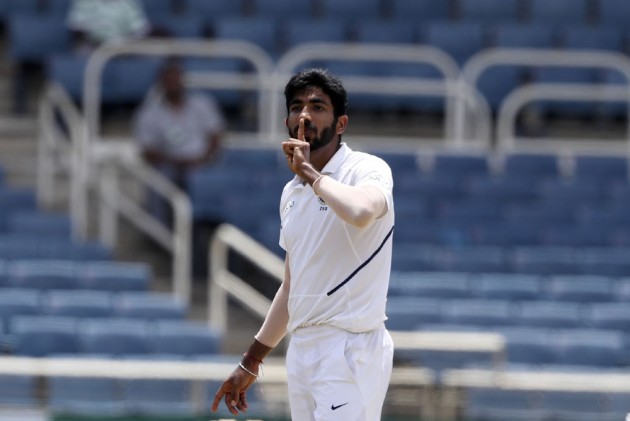 Jasprit Bumrah, the ever-smiling pacer from Gujarat is on red hot form and is proving to be one of the finest fast bowling talent India has ever produced. The Mumbai Indians bowler has become as crucial to India’s bowling as Virat Kohli is to their batting. In a recent interview he spoke on his bowling style, his performances abroad and his captain.

“I’m very happy. I started playing Test cricket a year back and playing all three formats was my dream. I always wanted to play Test cricket. It’s been a good journey. I’m learning from the experience that I’ve gained by playing in South Africa, England, Australia and the West Indies. India will be a different challenge, which I’m looking forward to,” he said in an event.

His outswinger proved to be deadly for the West Indian batsmen in the recently concluded test series at the Caribbean islands, where he took 13 wickets, including two five-wicket hauls with a phenomenal strike rate of 9.23. However, the 25-year-old isn’t famous for his outswingers but he revealed that he always had that delivery up his sleeve.

“I haven’t mastered it. I always had the outswinger. I’ve not used it a lot, but bowling in England, where the Dukes ball swings for a long period of time, and playing more and more Tests, gave me a lot of confidence. I was able to execute my skills because of these factors,” he said.

Bumrah was then asked about his relationship with the Indian captain Virat Kohli, to which he replied, “He backs all his teammates, gives his bowlers a lot of confidence. He gives you complete freedom to bowl the way you want to bowl, to express yourself. It feels good when your captain has that kind of belief in you”.