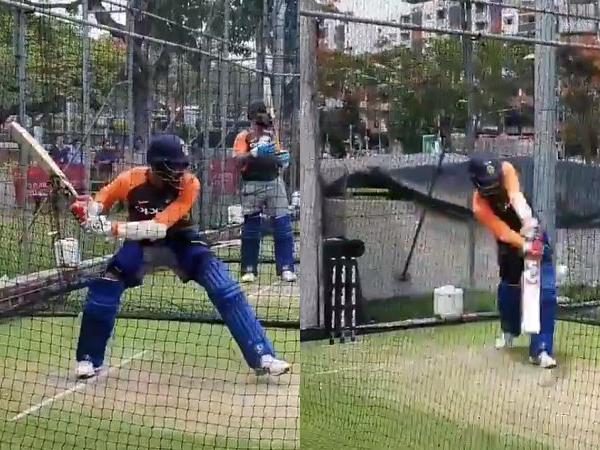 Indian pacer Jasprit Bumrah’s rise in international cricket within a short period of time should be credited to his amazing ability to deliver the slower ball and yorkers at will during the death overs. The pacer has had an impressive outing across formats this year and will be relishing the friendly conditions in Australia in the upcoming series. 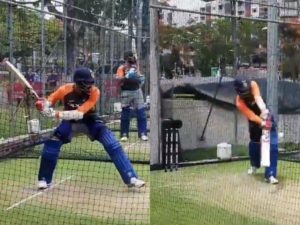 While he would be itching to get out on the field and trouble the Australian batting lineup, Bumrah was seen playing some lusty shots with the bat in the nets today leaving everyone watching it awestruck.

“That moment at the nets when @Jaspritbumrah93 went Hammer and Tongs #TeamIndia,” BCCI wrote on Twitter sharing a video of Bumrah smashing the ball in the nets. He faced his counter parts in the nets, thrashing each ball like a proper batsmen.

That moment at the nets when @Jaspritbumrah93 went Hammer and Tongs 💥💥💥👌🏻 #TeamIndia pic.twitter.com/mWLIlGYHby

Even the likes of Bumrah spending some time with the bat shows the the Indian side isn’t leaving any stone unturned ahead of the tour. Him along with the other bowlers will look to make a mark in the upcoming matches.

The Indian team was seen sweating it out in the nets today as the visitors gear up for the all important tour of Australia that sees them play 3 T20s, 5 ODIs and 4 tests. The tour kicks off on Wednesday with the first T20I at Gabba.

Legendary Indian spinner pours scorn on IPL: ‘ There is no bigger scam in India!’