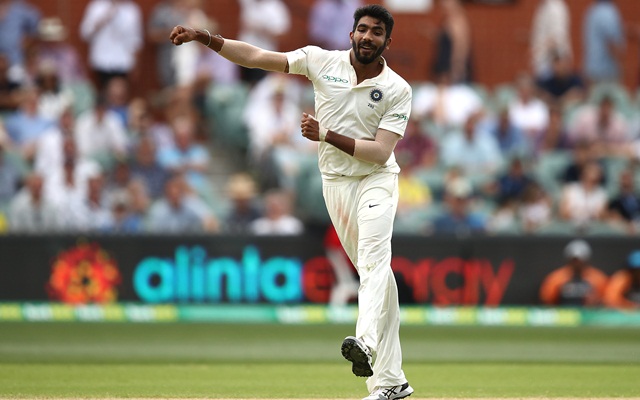 Jasprit Bumrah’s rise in international cricket has been nothing short of exceptional. Making his debut down under couple of years back, the man from Gujarat hasn’t looked back. He earned a name for himself in a short period of time and even entered the test setup this year. 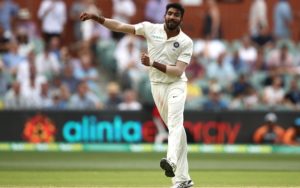 The 25-year-old is currently in Australia where India are playing a four-match series. With the second day’s play of the first test having been concluded today, Burmah figures make for a good reading. The fast bowler has thus far churned out 20 overs in which he has conceded 34 runs along with a couple of prized wickets of Peter Handscomb and Pat Cummins.

More than his wickets, the one key feature that stood out in Bumrah’s bowing was his ability to deliver at an amazing pace. He made use of all the bowling friendly conditions to his favour and got the best results.

One of his balls clocked 153 km/h and it came during his first spell.This to everyone’s surprise stands as the fastest ball bowled in the game, even surpassing the likes of Pat Cummins and Mitchell Starc.

Generally the Indians resort to playing the soft game while it is the Aussies who produce such level of performances. But Bumrah clocking such speeds show how determined him and his side are ready to face fire with fire.

The match now currently hangs in balance as Australia ended the day 2 on 191-7 still trailing India’s score by 59 runs. Bumrah along with the the other bowlers will look to wreak havoc tomorrow and close the Australian innings as soon as possible.