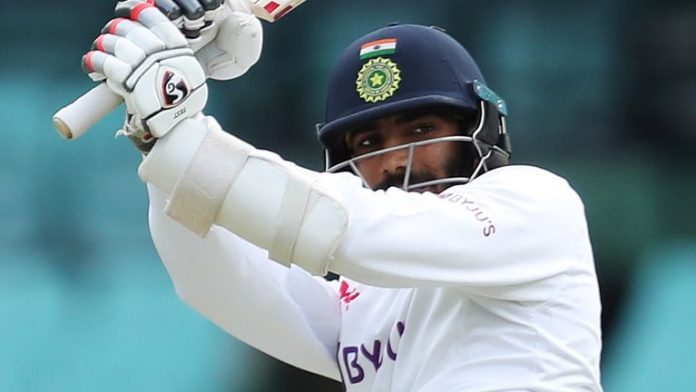 Jasprit Bumrah, the Indian pacer stunned everyone at Sydney Cricket Ground after he scored his maiden first-class half-century against Australia A in a warm-up pink ball test match on Friday.

Ahead of the start of next week’s Border-Gavaskar Trophy test series, Ajinkya Rahane led-India faced off against Australia A at Sydney Cricket ground in a three-day tour for a day-night pink ball test match.

After the Indian batsmen struggled to put up scores on the board on an opening day, India’s bowling ace, Bumrah played a terrific innings to everyone’s surprise.

He scored a brilliant knock of unbeaten 55 runs off 57 deliveries of which there were six boundaries and two maximums.

This marked his maiden first-class half century. He was also the highest scorer of the innings.

Jasprit Bumrah reached the 50-run mark in style after hitting a maximum from a short-pitched ball by Will Sutherland.

Following the achievement of the milestone, the paceman raised his hand and showed a thumbs-up to the fellow teammates in the pavilion.

At one stage, India were striving to put runs on the board being 123/9 in the 36th over.

Bumrah built up an outstanding 71 runs last-wicket partnership with tailender Mohammed Shiraj who contributed 22 runs. Thus, helping India reach 194 runs after which they were bundled.

It is not a familiar sight to see Bumrah score big runs as his previous highest first-class score was 16 not not , while highest in International and test matches was 10 not out. He had an average of 2.9 per innings.

This test match is very beneficial for many of the Indian players as they are a novice when it comes down to playing day-night pink ball test.

Last time the Indians played such test was against Bangladesh at Eden Gardens in Kolkata back in January.

Fans would be expecting such batting performance from Bumrah, now that he has showcased how good he is at the crease.

India will face Australia in the coveted Border-Gavaskar Test Series starting from next wee. The first test match is set to start from December 17 in Adelaide.