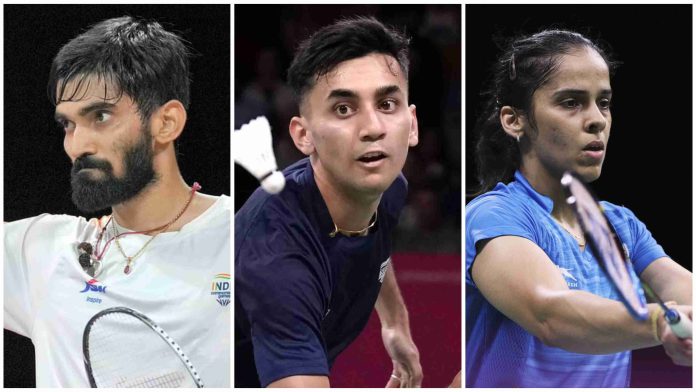 Recovering from his upset at the BWF World Championships last week, Srikanth dominated fifth seeded Lee 22-20, 23-21 in their men’s singles outing in 37 minutes, marking his first victory over the Malaysian in a total of four faceoffs.

Srikanth, currently ranked World No 14, had gone into a 15-11 advantage before he almost gave away the lead to Lee, but followed through with clinching five back to back points to bag the first game.

On the other hand, CWG champion Lakshya Sen was shook by World No 21 Japanese Kenta Nishimoto in his men’s singles opener. Despite taking the first game, Lakshya gave away both the second and the decider to Kenta, crashing out in the first round with a 21-18 14-21 13-21 margin.

Saina Nehwal suffered another early exit as the 2012 London Olympics bronze medallist was dominated by top seeded Akane Yamaguchi, the local superstar who picked up a 9-21 17-21 straight game win.

MR Arjun and Dhruv Kapila, the pair who reached the quarterfinals at the Worlds, went down against Korean duo Choi Sol Gyu and Kim Won Ho 21-19 21-23 15-21 in the men’s doubles opener.